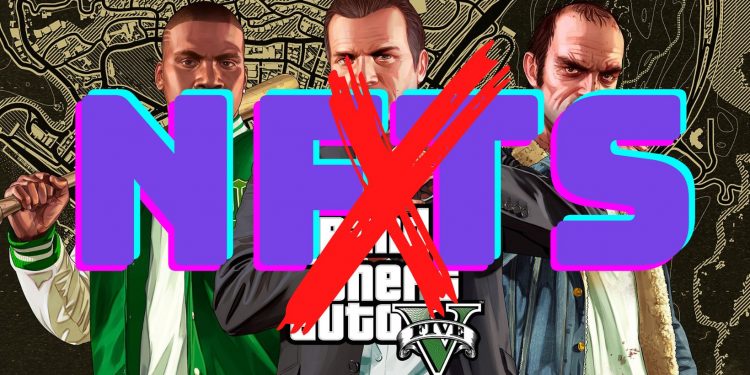 Rockstar Games gives NFTs and cryptocurrency the ban hammer on their presence in custom fanmade servers, joining the likes of Microsoft and Steam.

American video game company, Rockstar Games, has produced arguably one of the most iconic video game series in the 21st century, the Grand Theft Auto Series(GTA for short). Aside from its riveting single-player story mode, GTA has historically offered a multiplayer version for every release from the series.

FiveM is the franchise’s latest multiplayer release. It features a multiplayer social mode that gives the community creative freedom to create worlds doing anything from role-playing as bank robbers to simply hanging out with online friends at a parking lot.

Just recently, Rockstar games updated its company policy regarding the “use of cryptocurrencies or crypto assets (e.g “NFTs”)”, effectively prohibiting its use in numerous Rockstar Games servers.

What are the effects of the NFT ban?

These servers are mainly called “role-playing servers” where players can freely join in a player-made customized version of GTA. Due to its inherent freedom, some servers contain NFTs and cryptocurrency as added features to fit into the taste of certain players.

Numerous customized servers were forced to shut down due to Rockstar’s updated policies.“Trenches RP” and MyMetaverse are a few popular GTA servers that were severely affected by this change. As a result, some servers will shut down entirely while others will comply with the policies by only removing web3 features from their mod.

In blockchain gaming, NFT games use cryptocurrency and NFTs to allow users to own in-game assets. Players will be able to trade, sell, and hold their digital assets enabling them to earn by playing the game.

GTA role-playing servers are very similar to a web3 gaming trend called “metaverse” where players can role-play and create worlds using their own imagination.  Games such as The Sandbox and Decentraland also allow communities the freedom to craft worlds into their own desires, allowing creativity to thrive in the world of web3

Rockstar games are not alone in shunning crypto and web3. Minecraft developers also expressed plans against NFTs and cryptocurrency. The company also prohibited the use of NFTs and anything blockchain on its fan servers.

Leading web2 games platform, Steam, has also expressed hesitation against blockchain games by preventing games associated with the blockchain to be featured on its gaming platform

In contrast, Epic Games and Ubisoft have joined the blockchain gaming movement by implementing crypto gaming features, inching them closer to web3 adoption.

Although we’re not trying to count on whos for and against crypto, it’s important to take note of who’s jumped into the NFT ship early and which companies took a step back to analyze first. Which companies do you think will join the NFT train soon? Which companies will stay away inevitably?