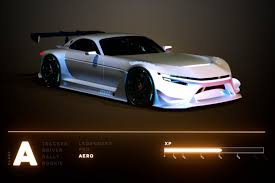 With the rise of blockchain gaming and the popularity of non-fungible tokens (NFTs), the play-to-earn movement is gaining more and more momentum. Gamers can now use NFTs to earn rewards in various games, from car racing to first-person shooters. This makes the whole gaming experience a worthwhile experience, while at the same time adding an exciting way to generate real value for gamers.

Riot Racers, however, is a play-to-earn car racing game that is taking the whole concept of gaming and NFTs to an entirely new level – especially with their Genesis Collection of 3,333 cars and their Apollo Collection of 7,777 cars.

With Riot Racers, players can enter a race where the track conditions are stipulated, while choosing which car and driver they would like to use during the race. The player’s performance is determined by the driver (20%) and the car that they choose (29%) – and the remaining 51% relies on the player’s racing strategy.

In this article, we are going to take a quick look at Riot Racer’s cars that function as the core asset of the game.

What are Riot Racers Cars?

The cars are the stars in this game. Riot Racers are NFT-based in-game assets that are used to race against other players. Each car has various stats that affect its performance during a race. Players can either buy cars from the verified Riot Racers Car Collection on OpenSea, or acquire one through official Riot Racers drops. So far, Riot Racers has released two sets of car collections, including the Genesis and Apollo Collections.

The higher the car’s rarity, the more powerful it is in terms of in-game attributes. Looking at the collection of cars on Riot Racers, it is easy to determine which car is the most valuable based on its model and color. The car’s position, number in the release, and the Collection it belongs to all add up to determine its rarity and value.

Players can trade cars on Riot Racers – and whenever someone purchases a car, they also inherit the upgrades that have previously been made to the car.

This system is designed to give an edge to players who have been playing the game for an extended period and have had the chance to accumulate more powerful cars. Therefore, the player can add value to their car collection by spawning or breeding their car to increase the degree of their rarity.

There are seven different classes of cars in Riot Racer:

Each level is determined by the Experience Points (XP) the car accumulates; for example, a Rookie class car will start at zero XP points, but it can gain XP by completing races. The XP will stay with the car even after it has been sold.

It was also important to provide a distinction between the FC and CC to protect higher-class cars from lower-class cars that are gaining XP too quickly and could stand to potentially outclass them.

Leveling Up a Car’s Performance

Riot Racers can purchase upgrades for their cars using the platform’s RIOT tokens. Apart from RIOT tokens, some upgrades will require the players to have a specific class of car and to have participated in several races before they can purchase the upgrade.

A car’s upgrades will be determined based on the player’s need for speed, stability, or defense. Even when the price of RIOT fluctuates, the platform is designed to ensure that the cost of an upgrade remains unchanged.

Players can also customize the look of their cars. Even though the color of your racing car won’t affect racing outcomes, colors will still play a significant role in identifying the class of a car. For example, a blue car from a lower class collection will not share the same shade of blue as a car from a higher level collection.

Customization is the name of the game with Riot Racers. At the moment, the game is relatively new – even though there is notable traction, with the game receiving 2,000 unique NFT holders and thousands of followers on Twitter and Discord.

What’s particularly unique about Riot Racer Cars is that each vehicle comes with a variable rarity, rather than a fixed rarity. As a player, you can increase the value of your cars simply by playing the game and unlocking more in-game items.

The game is still maturing, and we expect to see even more features and improvements being rolled out over time. We’ll definitely keep an eye on Riot Racers and update this post with any new developments. Buckle up!

Are NFTs A Good Investment in 2022 and Beyond?

According to a July survey conducted by Variety magazine, consumer sentiments about non-fungible tokens (NFTs) have plummeted, particularly among those...

If you’ve bought NFT art or created it yourself, don't leave it languishing unnoticed in your crypto wallet or stuck...