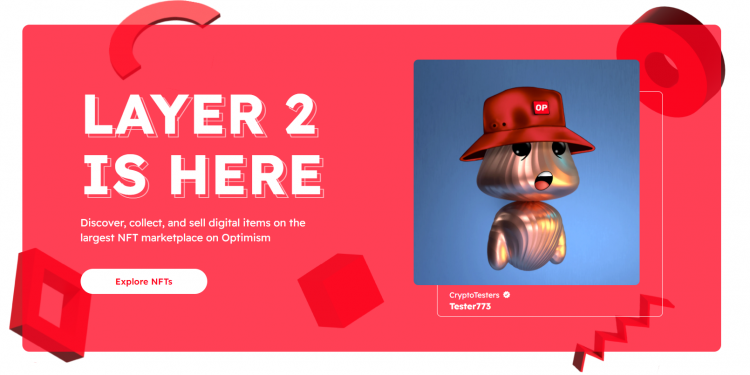 Quixotic, an NFT marketplace, announced in a tweet that they were launching their platform on Optimism. This comes a few days before the much-awaited Optimism airdrop. So far Quixotic has saved NFT traders over $1.5 million in fees. Running on optimism makes transactions and mints extremely fast and cheap.

Who is Behind Quixotic?

Quixotic was co-founded by Daniel Stratton and has been busy cementing its place as the largest NFT marketplace on Optimism. On May 23, 2022, the platform went live and since then it has over 550 ETH traded with over 11,000 uniques addresses [Dune Analytics]

Quixotic is a company based in Los Angeles, California. The company announced a pre-seed round on June 14, 2021, where it raised $1.5 million in funding. The leading investor in the round was Index Ventures. There were two other notable investors – Sam Altman (founder of Worldcoin) and Abstract Ventures.

NFT creators rushed to get a taste of low fees and fast executions on the new platform. The feeling is seamless and quite enjoyable. According to Dune Analytics, the top five most popular  (and expensive) NFTs on Quixotic are CryptoTesters, PegaPals, Ganland, OptiPunks, and Optimistic Bunnies. Many more projects are still rushing to list on Quixotic. The team behind the platform is also the same team that is building Stratos, an Arbitrum NFT Marketplace. It is sufficient to say Quixotic is the OpenSea of Optimism blockchain.

Optimism officially launched decentralized finance (DeFi) summer with the announcement of their airdrop. The Optimism (OP) token fully allows Optimism to become a DeFi hub. The first of the signs are already underway, with projects such as Velodrome Finance (the Curve Finance of Optimism) planning its own airdrop of new VELO tokens. Similar to the Optimism airdrop, we expect to see a flurry of other airdrops across other major Layer-2 protocols, and we will be here to cover them all. Stay tuned!

Loopring: A Protocol for Decentralized Exchanges and Payments