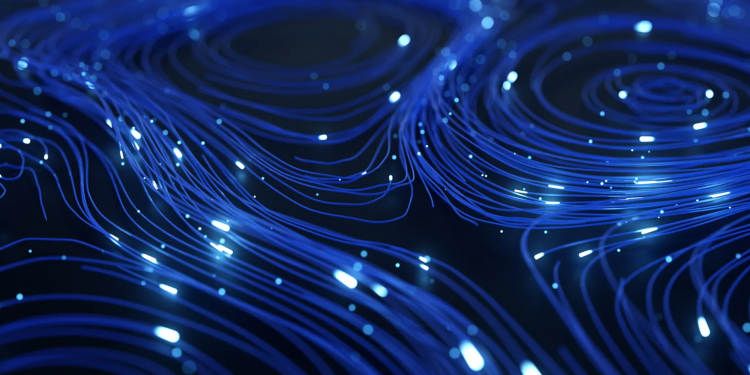 Optimism: A Scaling Solution for Ethereum

by Jay Speakman
in Business
Reading Time: 5 mins read
0
Share on FacebookShare on TwitterShare on LinkedinShare via WhatsappShare via Email

Optimism is an Ethereum blockchain scaling solution. It employs optimistic rollups to process transactions in batches, thereby lowering high gas costs. In this article we will take a closer look at Optimism and how it works.

Ethereum has risen to become the second most valuable cryptocurrency in terms of market capitalization, owing largely to its support for smart contracts, which underpin a growing ecosystem of decentralized applications (dapps) and decentralized finance (DeFi) platforms.

Yet, it has an annoying flaw: it is painfully slow and crushingly expensive to use due to persistently high transaction (gas) fees. While the Ethereum community awaits the implementation of planned network upgrades (Eth 2.0)  that will address these issues, scaling solutions to make Ethereum transactions faster and cheaper are gaining traction and adoption.

One such scaling solution is Optimism.

What exactly is Optimism?

To keep a sunny disposition, of course. However, when it comes to blockchain scaling Optimism accelerates and reduces the cost of Ethereum transactions by settling them on another blockchain using advanced data compression techniques.

The down low on Optimism’s scaling methodology is in the name: it employs a technique known as optimistic rollups, in which myriad transactions are ‘rolled up’ into one transaction, settled on another blockchain, and receipts fed back to the main Ethereum blockchain.

An assumption of validity

Optimistic rollups are a type of rollup in which all transactions in the rollup (batch) are assumed to be valid. Individual transactions do not need to be submitted with direct proof of their validity, which saves time. Validators in the rollup have one week to query the entire rollup if they suspect fraudulent data.

Optimism was launched in June 2019, and a testnet was made available in October 2019. An alpha mainnet was not launched until January 2021, and it took until October 2021 for Optimism to launch a version of the Alpha mainnet that was compatible with the Ethereum Virtual Machine. In December 2021, an open mainnet will be launched.

Optimism is essentially a long list of append-only transactions. All of its rolled-up blocks are stored on the Canonical Transaction Chain, an Ethereum smart contract.

New blocks are generated by a sequencer unless a user submits their transaction directly to the Canonical Transaction Chain. This sequencer instantly confirms valid transactions before creating and executing blocks on Optimism’s layer 2 blockchain—a blockchain that sits on top of the L1 blockchain, in this case Ethereum.

These blocks are referred to as ‘rollups,’ which are batches of Ethereum transactions. The sequencer compresses this data even further to reduce transaction size (and thus save money), and then submits transaction data back to Ethereum.

Optimism’s layer 2 software is intended to be as close to Ethereum’s code as possible. For example, Optimism employs the same virtual machine as Ethereum and charges for gas in the same manner (albeit at a lower rate, thanks to its optimistic rollup solution).

Because Ethereum and Optimism are so similar on the inside, you can send any ERC-20 asset—a cryptocurrency that adheres to the generic Ethereum token standard—between the two networks.

What makes Optimism so unique?

Optimism is best understood as one of several approaches to addressing Ethereum’s state-bloat issue. The Ethereum network is ready to burst, and until upgrades to the main blockchain save the day, scaling solutions like Optimism allow Ethereum’s decentralized finance industry to grow while also remaining accessible to those who cannot afford its high transaction fees.

The protocol isn’t the only one that employs optimistic rollups. Arbitrum and Boba Network use the technique to assist Ethereum users in saving money on fees. Loopring, Immutable X, and ZKSync use zero-knowledge rollups, which are another popular type of rollup.

Optimism, like Arbitrum, lacks a native cryptocurrency to pay for gas fees. It employs ETH in the same way that Arbitrum does. Optimism and Arbitrum are both in beta and not yet fully decentralized.

How to Make Use of Optimism

To use Optimism, you must first deposit ETH or ERC-20 tokens into the Optimism token bridge. This enables you to conduct Ethereum transactions using Optimism. When you’re finished, you can convert your tokens back to the Ethereum mainnet.

You deposit your tokens through the Optimism Gateway in order to do so. You can connect to the Gateway using a Web3 wallet such as MetaMask. Deposits take about 20 minutes, and MetaMask charges $18 to transfer 1 ETH.

After you’ve made a deposit on Optimism, you can use your funds in supported decentralized applications. For example, Uniswap allows you to trade through Optimism to save money on fees. All you have to do is select Optimism from the network menu, and then trade as usual.

The Prospects for Optimism

Optimism has ample funding to continue its work; in March 2022, it closed a $150 million Series B funding round led by Andreessen Horowitz and Paradigm, valuing the startup at $1.65 billion. Its roadmap includes Optimism protocol updates such as next-generation fault proofing, sharded rollups, and a decentralized sequencer.

This last point is significant: even though protocol is in beta, the team retains some control over the sequencer—the technology responsible for creating blocks on Optimism. While Optimism claims to be on a “pragmatic path to decentralization,” this means that, for the time being, it is less decentralized than Ethereum.

Please forgive the pun but we remain optimistic about the future of Optimism as a much needed scaling solution for Ethereum.

4 Ways Cryptocurrency is Making the World a Better Place