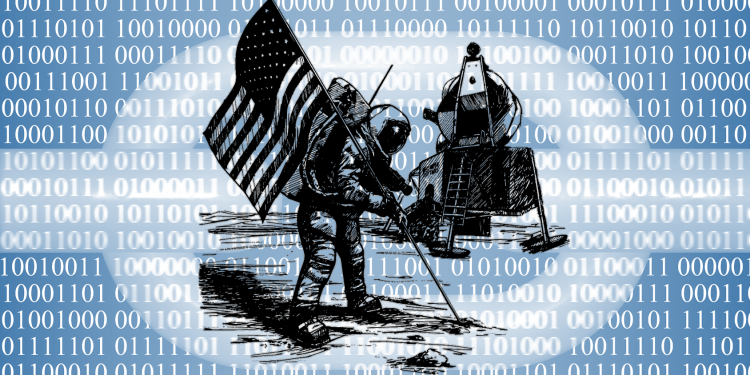 by Aaron Moses
in NFTs, Technology, Trends
Reading Time: 2 mins read
0
Share on FacebookShare on TwitterShare on LinkedinShare via WhatsappShare via Email

Armstrong is considered a national hero by many Americans for being the first man to set foot on the moon. He is one of the most well known historical figures in America. It would be unlikely to walk up to someone who hadn’t heard his name. And now, Neil Armstrong will live immortally on the blockchain in the form of an NFT (non-fungible token) collection.

The NFT will be available for purchase on the 16th of June. It authenticated on the Ethernity NFT protocol. This project was not created by the U.S. government directly. According to an article from Forbes.com, the intention of it is to “raise awareness” for veterans. Travis Cloyd, the CEO of Worldwidexr, a company who partnered with the United States Space Force for this project , stated:

“As the Armstrong satellite provides crucial national security capabilities from orbit, the NFT collection further extends its legacy by leveraging the permanency of blockchain technology. The NFT collection reflects the USSF’s and the Armstrong Estate’s desire to inspire and educate current and future generations about the importance of developing and advancing space capabilities required to protect the U.S. and its allies from space-related threats.”

It’s great that Neil Armstrong is being celebrated, however, the idea that the United States has space related threats is questionable. What enemies in space is the U.S. worried about? It seems more like an excuse to militarize space so the United States can maintain global hegenomy.

Cloyd spoke highly of Armstrong and said the project was an “incredible educational opportunity”. While NFT mania season has come and gone, there is no doubt that the use of non-fungible tokens is here to stay. The fact that governments are using NFTs is a bullish sign for the future of crypto. Now that the United States Space Force has worked directly with the blockchain NFT company, Ethernity Chain, what will be next for NFTs? We could see social security cards and other government IDs in the U.S. soon become NFTs – if government entities like the U.S. space force have already begun adopting NFTs.

If you enjoyed this article, you might also want to check out The Top 10 Most Expensive NFTs Ever To Be Sold.

Why Does Mark Cuban Love DeFi?

Avoid These Mistakes In Crypto