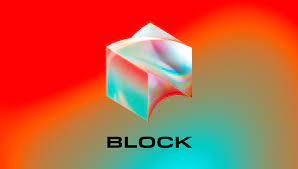 Square, which was initially designed for the seller business, is changing its corporate identity. The firm has outgrown its original focus as a payment processor and will now focus on blockchain and cryptocurrencies.

Ever before the ink dries following his resignation as Twitter CEO last Monday, Square Inc. CEO Jack Dorsey has announced that Square is rebranding to Block Inc. However, the Square brand will serve the intended initial needs of seller systems and card swipers as the name change becomes official on December 10. Dorsey, co-founder, and CEO of Block said in the press release:

“We built the Square brand for our Seller business, which is where it belongs […] ‘Block’ is a new name, but our purpose of economic empowerment remains the same. No matter how we grow or change, we will continue to build tools to help increase access to the economy.”

The new initiative is reminiscent of Facebook’s decision to rebrand to Meta Platforms Inc., a decision the founder said reflects Square’s shift from simply focusing on payments into the broader business. The new businesses will not only include Square’s specialty of payment services, Cash App, Tidal, and now a financial service division focusing on Bitcoin dubbed TBD54566975.

The name change to Block is apparently to create room for further growth with an overarching ecosystem of many businesses united by their purpose of “economic empowerment.” The press release explained that the name Block:

“Has many associated meanings for the company — building blocks, neighborhood blocks and their local businesses, communities coming together at block parties full of music, a blockchain, a section of code and obstacles to overcome.”

The focus is set on Blockchain

The name also represents an overarching ecosystem of businesses. Square has made it known that it is working on a wallet for holding digital money, and Dorsey recently expressed interest in the company getting involved in mining cryptocurrency.

Square also announced in August that it had agreed to buy Australian “buy now, pay later” firm Afterpay Ltd for $29 billion. Whether Afterpay keeps its name after the acquisition is completed is unclear, but it is intended to be integrated into Squares’ Cash App and seller ecosystems.

How a $4M “Squiggle” Got Me Into NFT Art