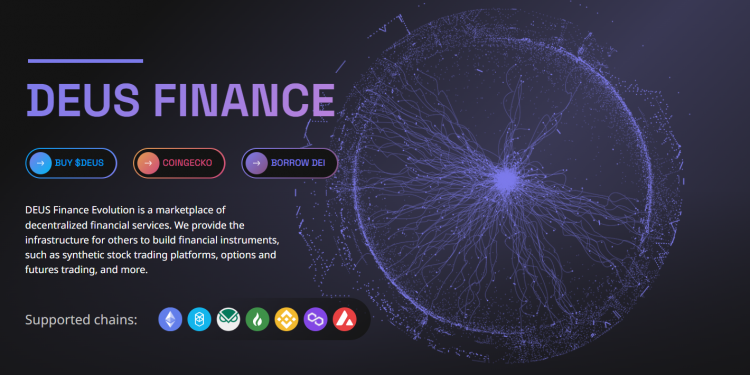 Similar to Terra Luna, a new project, Deus Finance has experienced a de-pegging event. DEI, the stablecoin of Deus Finance, was algorithmically stabilized to the US dollar before it failed to hold the 1:1 ratio. The nature of stablecoins is that they should always remain at a value of $1.00.

Why DEI is Failing?

Deus developers had recently halted the DEI redemption mechanism that is crucial for the ecosystem. It enables traders and investors to swap DEI for other tokens. Additionally, on Sunday, traders began to switch to USDC due to liquidity reduction on decentralized exchanges (DEXs). This switch led to an increase in price volatility as more traders rushed to convert DEI to other tokens. This crash comes only a couple of months after Deus Finance lost over $30 million to two flash loan attacks.

What is Deus Finance

It is a Decentralized Finance (DeFi) protocol that exists on the Fantom blockchain. Deus also runs on several other blockchain such as Ethereum, Gnosis, and Avalanche. DEI is currently trading at $0.68, a small increase from its intra-day low of $0.54. This fail signifies a deeper problem that is inherent in algorithmic stablecoins. The de-peg erased over $1 billion of value from the market within just hours.
Users can mint algo-stablecoins by depositing an equal amount of collateral. For the Deus finance ecosystem, users can deposit an equivalent dollar amount of either USDC, Fantom (FTM), MakerDAO (MKR), DAI, Wrapped BTC (WBTC), or DEUS. The stabilization takes place by leveraging a mint-and-burn mechanism between DEUS and DEI.

The Terra Luna crash last week prompted many investors to start migrating from the algo-stables. Deus developers have been working on a way out of this quagmire. They note that the UST de-pegging was also, in part, a reason for their DEI stablecoin crashing. However, unlike UST, DEI is 80% collateralized and 20% algorithmic. Due to this, many are hoping for a quick recovery soon.