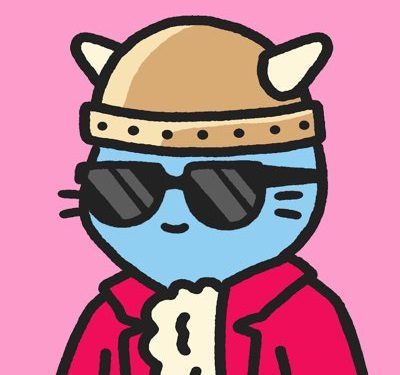 Cool Cats has proven to be one of the most exciting brands in all of NFTs over the last year. The collection of iconic blue cats brings with it a vibrant community and a mission to innovate, having reached the third spot in both popularity and sales volume among avatar projects (behind Bored Apes and Larva Labs projects).

Cool Cats is a collection of 9,999 (because cats have 9 lives) algorithmic, randomly generated NFTs. Each Cool Cat, like its predecessor CryptoPunks, is made up of a variety of distinct characteristics, including over 300,000 possible combinations for body, hat, face, and outfit attributes.

To be sure, not all Cool Cats are created equal; some are significantly cooler than others. Only about half of all Cool Cats have a basic level of “cool.”

Some Cats are “wild,” “classy,” and even “exotic,” as illustrated in the chart below. While this ranking system is reminiscent of CryptoPunks and even CryptoSkulls, and would eventually help define rarity among Cats, any Cool Cats community member will gladly tell you that every Cat is a Cool Cat.

Cool Cats, which debuted on July 1, 2021, followed closely behind the Bored Ape Yacht Club. Nonetheless, while BAYC undoubtedly served as a catalyst for the profile-picture (PFP) NFT boom of Summer 2021, Cool Cats played a significant role in propelling the all-out avatar bullrun.

Cool Cats initially sold 300 NFTs for 0.06 ETH each before lowering the price to 0.02 per mint. It took about eight hours to sell out, and the project would soon begin to explode across the NFT ecosystem.

Cool Cats received a huge endorsement from Mike Tyson only eight days after its release. After switching his Twitter PFP to a Cool Cat, the boxing legend helped cement both his and Cool Cat’s names as prominent members of the NFT community.

More celebrities and prominent collectors would become interested in the project over the summer months. Cool Cats quickly became a hot topic in the NFT space after promising to return 20% of all ETH raised from the primary Cool Cats sale to the community through contests, raffles, and other means.

Similarly, the Cool Cats team continued to work on plans to create a “Cool Cat ecosystem consisting of interactivity and utility, community rewards and growth, collaboration with brands, and more,” making any of these already visually appealing NFTs a desirable purchase.

“We like the Cats” quickly became Cool Cats’ official slogan. The collective Cool Cats ethos of positivity and enthusiasm was quickly established as trading began to pick up and NFT enthusiasts began to become bullish (confident due to factors such as rising prices and increasing support) on the project.

However, owning one of the thousands of Cool Cats NFTs comes with a slew of benefits. Holders receive not only an exclusive role in the Discord, but also airdrops, priority minting for all subsequent Cool Cats endeavors, access to online and IRL Cool Cats events, and a non-exclusive license.

As licensing has been a constant source of contention in the NFT space, Cool Cats’ non-exclusive license helped to avoid the usual issues by granting its holders the freedom to do whatever they want with their personal Cool Cat NFTs. At the same time, the Cool Cats creators reserve the right to use any Cool Cat in their 10,000 NFT collection for merch, marketing, and so on.

In August, Cool Cats announced its first major partnership, demonstrating the flexibility afforded to project developers and NFT holders by the non-exclusive license. The collaboration, which included 100 TIME-branded editions of signature cats, coincided with a meme competition and started an upward trend in Cool Cat’s secondary sales.

The Cool Cats ecosystem exploded in September 2021 with the announcement of two initiatives: Cool Pets and the $MILK token. These two announcements boosted secondary sales even more, putting the Cool Cats floor price in the double digits for the first time.

Cool Pets is an NFT series that goes along with Cool Cats. Companion collections such as the Bored Ape Kennel Club, KingFrogs, Thingies, and others have helped popular projects capitalize on demand and expand their collector base, and Cool Cats appears to be following suit with their Pets.

Cool Pets, which launches on January 28th, will feature 20,000 NFTs, with half of the supply reserved for Cool Cats holders and the other half available to the general public. This is Cool Cats’ largest expansion effort to date, and it is expected to help onboard thousands of new members into the Cool Cats community. Although Cool Pets was supposed to launch in Q4 of 2021, the Cool Cats team announced halfway through December that the new collection would be delayed until January 2022.

The upcoming social token to be implemented within the Cool Cats ecosystem is $MILK. The token’s launch was also scheduled for 2021 Q4 but was delayed, as with Cool Pets, due to project developers experiencing bandwidth issues.

$MILK is said to be required for a variety of activities in the Cool Cats ecosystem, such as purchasing Pet chests, Battle chests, Housing chests, participating in Quests, and future gamification.

Although $MILK will be available for purchase through various token-swap interfaces, it will also be available to Cool Cats holders as passive income over time. Pet owners could be able to earn $MILK by taking their Pets on quests when Cool Pets launches.

Given that Cool Cats was launched less than a year ago, it’s incredible to see the four project founders’ growth and accomplishments. NFT projects come and go over time, but it appears that Cool Cats — among other PFP projects launched this year — has more than the standard 9 cat lives and is here for the long haul.