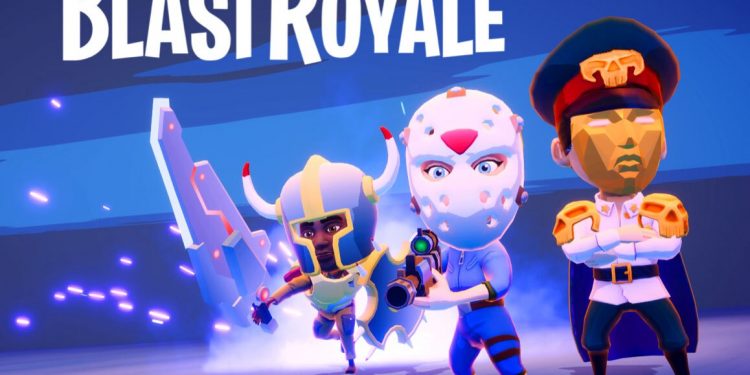 Blast Royale coming in hot from its testnet!

NFT Battle Royale game, Blast Royale, is entering its mainnet with a bang, introducing its soft launch along with exciting new changes

Blast Royal commences the soft launch of its highly-anticipated NFT Battle Royale. The game has a loyal following with roughly 15k followers on Twitter, so it’s safe to assume that its fans are on the very edge of their seats awaiting news on its latest event.

So, you can kick the enemy’s butt using various in-game NFT weapons. Enabling you to earn while possibly making your enemy cry (in a good way).

What Else is New?

The introduction of soft launch will also introduce an exciting new currency called Coins. Coins are–well we don’t exactly know yet. The developers have so far only advised its loyal fanbase to stay tuned for the release of new information on what users can do with the currency.

The event will also introduce a lot of new balance changes, bug fixes, and UI/UX fixes. Starting off with the balance changes, the game might seem a bit different considering the default movement speed has decreased from 2.75 to 2.5. Additionally, specific gun changes have been added to all guns, so you will have to adjust a bit to the new weapon changes.

Several quality-of-life changes have also been added to improve the overall experience of the game. Moreover, the game’s icon has been changed according to a community vote. So if you have any complaints, remember that this was a community vote. If you’re curious about the details, you can view the entire patch notes by visiting blastroyale.

What is Blast Royale?

Blast Royal is like your classical web 2 Battle Royale shooters such as Fortnite and Realm Royale. However, since it’s in web3, NFTs are integrated into the game as the items you use in the game such as weapons, shields, and apparel.

This allows players to have digital ownership of their in-game items, enabling them to profit from them through the introduced Blast Hub. The game was developed by AAA games development studio named First Light Games.

Blast Royale is one of many highly-anticipated blockchain games as of recent. The game seeks to attract the many fans of web2 the Battle Royale genre and spicing it up with digital ownership and earning to appeal to a wider range of players.

The soft launch kicks off with balance changes and the online marketplace – cementing that yes, Blast Royale is coming in hot, ready to face off the challenges that await for crypto games to come.

Logan Paul appears to be in hot waters once more. This time, the YouTuber, WWE wrestler, actor, social media personality,...

eBay Is Hiring Web3 Talents To Expand Its NFT Platform

According to a number of job postings on LinkedIn, the online e-commerce giant, eBay is in the process of hiring...