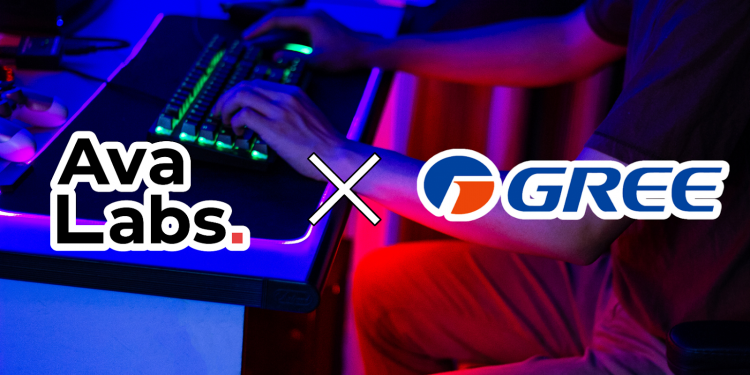 by Edmond Herrera
in Business
Reading Time: 3 mins read
0
Share on FacebookShare on TwitterShare on LinkedinShare via WhatsappShare via Email

Avalanche Parent, Ava Labs, aims to launch its first web3 game in 2023 through its partnership with GREE’s subsidiary, BRLD. The collaboration primarily aims to accelerate blockchain gaming through the strengthening of its core support sectors.

The software provider behind the Avalanche Blockchain, Ava Labs, has recently announced its collaboration with the Japanese gaming behemoth, GREE. The partnership focuses on expanding GREE’s Web3 gaming subsidiary, BRLD, to reach further and grow into the blockchain games market by improving its various sectors.

Along with BRLD, the collaboration plans to launch its first Web3 game in 2023. BRLD has an extensive history of launching popular games in the gaming space. The subsidiary gaming house is known to have worked with iconic Japanese gaming companies such as Square Enix, Sega, and Bandai Namco by assisting them in publishing video games.

BRLD is a Web3 subsidiary by GREE to break through the gaming sector by developing Avalanche games and investing in blockchain games. GREE has 30 million active users and has an estimated $585.91 Million USD in revenue. More importantly, the company has earned the respect of the Japanese gaming market since it has developed popular games such as Naruto and adaption Final Fantasy into mobile.

Moreover, Avalanche is a blockchain platform that rivals Ethereum and has also its share of iconic blockchain games over at its chain like Heroes Chained and Cabada. The recent development could mean that Avalanche is looking to go deeper into blockchain gaming, showing bullish sentiments toward the sector moving forward.

Why this matters for GameFi

This move marks that BRLD is finally stepping into the Web3 space, joining the roster of well-respected Web3 gaming developers to join the Blockchain gaming industry. Its partnership with Ava Labs will not only consist of providing the right insight coming into the space, but will also strengthen the transition into blockchain stronger by providing business, technical, marketing, and ecosystem support.

Furthermore, the announcement of its newest Web3 game in 2023 could mean that the space might see an increase in Japanese users. The Japanese gaming market might have a reason to dive into crypto since more and more Japanese companies are collaborating with Web3.

The Japanese gaming market is a major market in terms of sheer numbers in gaming – 75.6 million to be exact and is currently the third largest gaming market. GREE’s expansion from Web2 to Web3 gaming via its gaming subsidiary BRLD marks a significant shift in Japanese gaming attitudes towards all aspects of cryptocurrency and NFT.

The partnership is looking to provide an exciting short-term prospect such as the first Web3 game in 2023, but also a much more important long-term strategic contribution toward the growth of GameFi.