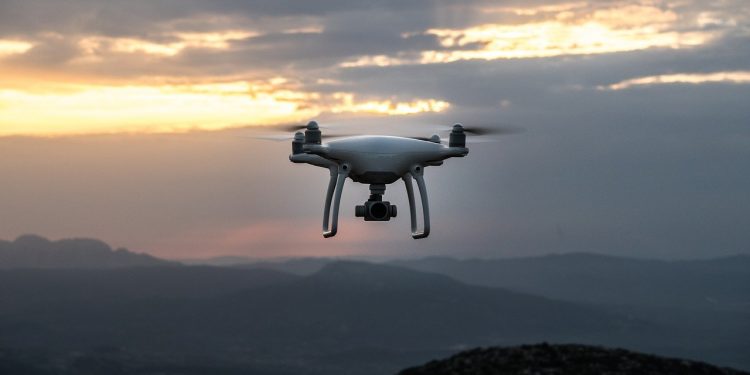 Algorand Partners with The Drone Racing League: 2021-2022 Season to Launch on NBCSN and Twitter

by Jay Speakman
in Markets
Reading Time: 4 mins read
0
Share on FacebookShare on TwitterShare on LinkedinShare via WhatsappShare via Email

With ticketing, collectibles, fan transactions and NFTs, the Drone Racing League will push the boundaries of sports and advanced technology to new heights and further adoption by bringing next-generation fan experiences to life on the Algorand blockchain.

As early adopters who are open to new forms of entertainment, and who are more likely than the general population to follow and engage with crypto social media, combining blockchain and drone racing seems a sure bet.

A blockchain-based payment system was the next big game changer for the Drone Racing League’s global fans. Algorand values speed, innovation, and inclusion, so the pairing seems a natural fit. “We are ecstatic about how this collaboration will change the game for sports and technology fans, as well as the blockchain community around the world,” said DRL President Rachel Jacobson.

The announcement came as the league prepares to launch its World Championship Season on NBCSN and Twitter on September 29th at 8pm EST.

A new media partnership with NBC Sports and Twitter will help launch the 2021-22 DRL Season. This will include nearly 30 hours of drone racing in primetime, including on Christmas Day. Cross-promotions with drone manufacturers eager to sell “racing drones” to holiday shoppers seems a foregone conclusion.

Virtual courses can be raced on PlayStation, Xbox, Steam, and Epic Games.

While Algorand will be providing the blockchain backbone for drone racing, they have their eyes set squarely on disrupting traditional finance.

Algorand and the future of finance

Algorand’s technology will power the Future of Finance (FutureFi), an inclusive, frictionless, and secure system. Established by Turing Award-winning cryptographer Silvio Micali, Algorand built a blockchain infrastructure capable of handling the volume of transactions required by defi and governments to transition to FutureFi.

Who is the DRL?

The Drone Racing League features the world’s best drone pilots, and millions of fans tune in on NBCSN, Facebook, and Twitter to watch the action. DRL is bringing a new era of sports to life by combining cutting-edge technology with immersive, high-speed races via virtual and live events.

Many people new to cryptocurrency initiatives and blockchain in general are focused on the altcoins as they climb or drop in value. Yet, the key to understanding this space is in realizing the convergence of change that is going on all around us. Blockchain technology will transform virtually all aspects of our lives and the way we experience the things we interact with on a daily basis-sports being just one. Stay tuned.