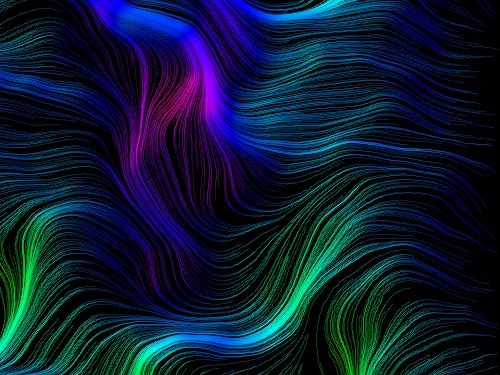 Why Are NFTs So Popular?

by Jay Speakman
in Education, NFTs
Reading Time: 6 mins read
0
Share on FacebookShare on TwitterShare on LinkedinShare via WhatsappShare via Email

The NFT market is breaking new records almost every month. But why are NFTs so popular? Blockzeit had the chance to speak with NFT artist Eros Cribello recently and we’ve included excerpts from the interview, along with a view of the NFT market’s growing popularity.

How popular are NFTs? Really popular

Market tracker NonFungible.com, shows that collectors have spent more than $200 million on a variety of NFT-based artwork, memes, and GIFs in just the past month, compared to $250 million for the entire year of 2020.

And that was before digital artist Mike Winkelmann, aka Beeple, sold a piece for a record-breaking $69 million on March 11 at famed auction house Christie’s—the third highest price ever paid to a living artist, excepting Jeff Koons and David Hockney.

NFTs are best understood as computer files accompanied by evidence of ownership and authenticity, such as a deed. They, like cryptocurrencies like Bitcoin, exist on a blockchain, which is a tamper-resistant digital public ledger. However, cryptocurrencies, like dollars, are “fungible,” which means that one Bitcoin is always worth the same as any other Bitcoin.

NFTs, on the other hand, have one-of-a-kind valuations determined by the highest bidder, much like a Rembrandt or a Picasso. Artists who want to sell their work as NFTs must first register with a marketplace, then obtain digital tokens by uploading and validating their data on a blockchain-usually Ethereum.

It usually costs between $40 and $200 to do so. They can then auction off their piece on an NFT marketplace similar to eBay.

At first glance, the entire enterprise appears absurd: wealthy collectors paying six to eight figures for works that are frequently seen and shared online for free. Critics have dismissed the NFT art craze as just the latest bubble, similar to this year’s boom-and-bust mania surrounding “meme stocks” such as GameStop. The phenomenon is attracting an unusual mix of not only artists and collectors, but also speculators looking to profit from the latest fad.

It could be a bubble. But, fed up with years of creating content that generates visits and engagement on Big Tech platforms like Facebook and Instagram while receiving almost nothing in return, many digital artists have jumped headlong into the realm of NFTs.

Authors, musicians, and filmmakers envision a future in which NFTs transform both their creative process and how the world values art, now that it is possible to truly “own” and sell digital art for the first time.

Many feel that it is high time for artists, musicians and poets to be compensated fairly for their work. Meanwhile, technologists claim that NFTs are the latest step toward the long-promised blockchain revolution, which has the potential to revolutionize capitalism, with major implications ranging from home loans to health care, entertainment and now, art.

Digital art has long been undervalued, owing in large part to its accessibility. NFTs add the critical ingredient of scarcity to assist artists in creating financial value for their work.

In seeking to further understand the NFT market from a creator’s perspective we recently had the opportunity to sit down with Italian NFT artist Eros Cribello.

Here’s some of what we discussed:

Blockzeit: How did you get involved in art and more specifically, creating NFTs?

Eros: I studied computer engineering, so I learned coding, algorithms, and thinking logically so I’ve had a foundation in numbers. I came into contact with NFT’s purely by chance but immediately became interested in how technology could be not only applied to art, but could revolutionize the way art is created, collected and sold.

Blockzeit: How do you create your work?

Eros: To create my NFTs I use 2 programming languages: Processing and P5js. I have been self-taught and have been using these languages for a few years now for other types of programs but now I use them to create generative art.

It usually takes 3 to 7 days to create an NFT. It really depends on the customer’s requests and the number of variants I have to create.

I can take more time of course with my own work because I’m under no deadline or other restrictions.

Blockzeit: What about your influences and specific style?

Eros: To be honest, I just try to create what I feel and let the process take me where it wants to go. I have some classical influences, as all art is derivative to some extent. I’d like to think that what I create is unique. That being said, it’s hard to avoid Bored Apes, although that style is more cartoonish where mine is more abstract, so I don’t see a direct correlation. I do admire the work though.

Blockzeit: Where do you see things headed in the future with the NFT space?

I came into contact with the world of NFTs by chance and immediately became interested in this art form. Eventually, I took advantage of my small success on sites like Fiverr to start selling some of my NFTs to people who would resell them on sites like Opensea or Foundation.

I searched for the most popular NFTs on the internet and discovered Cryptopunks, Bored Apes and Eth Rocks. I was blown away by the style of some NFTs and realized where their potential came from: collecting.

I think that collecting is the engine of this new world, you can understand it by looking at the most popular NFTs around, their success and their value. Humans have been collecting things they think are valuable since we lived in caves. It is in our DNA.

Collecting is a very human activity

Obviously, what drives investors to buy NFTs is the technology behind it. This new technology is based on decentralization and people like this because it gives a sense of freedom to the individual as part of a system in which we all have the same importance.

I haven’t used Opensea or other similar sites yet because I would like to study this forum in more detail.

I actually spend more time creating art for other people than I do for myself, but definitely want to get more selfish, if that’s the right word, and start spending more time detailing and promoting my own work.

Maybe in the future I could try to sell my NFTs on Foundation or Opensea. I could also invest in the technologies that support and create NFTs.

For an artist to be successful they have to spend a lot of time in promotion and connecting with collectors and influencers. If you can’t do that, your art will go unnoticed-no matter how good it is. Or how good you think it is.

You can view Eros’ online portfolio and support his work here.