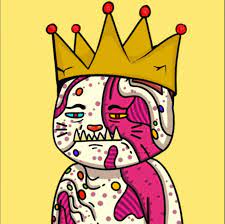 What Is NFT Staking?

NFT staking is a promising subset of DeFi that has the potential to solve a number of issues with NFT trading. Above all, it provides NFT holders with the opportunity to earn tokens from their NFTs without ever having to sell them, making it an appealing passive income model.

When it comes to NFT staking, it’s still a nascent space, but given how quickly NFTs are growing and the utility of NFT staking, it’s easy to imagine that this practice will only become more common in the future. In this post we’ll talk about NFT staking and why it’s important.

What Exactly is NFT Staking?

NFT staking is the process of “locking up” an NFT, either within the NFT project itself or on an external platform. Holders receive “staking rewards” in exchange for staking an NFT. Thus, staking NFTs allows holders to earn passive income and profit from their NFTs without having to sell them.

Staking is a practice common with cryptocurrencies and tokens, particularly those that use the proof-of-stake (PoS) protocol for transaction confirmation. Staking crypto tokens, like NFTs, entails locking up tokens for a period of time in exchange for passive income via staking rewards. Think of it as interest on deposited money.

Staking is a critical function for PoS blockchains that allows these networks to process transactions while remaining secure. Furthermore, blockchain and Web3 platform staking rewards are typically in the form of network transaction fees or interest.

Why should NFTs be staked?

The issue of liquidity is one of the most serious in NFTs. That is, because NFTs are non-fungible, selling them isn’t always easy. Indeed, much of an NFT’s value is subjective – it’s worth whatever a specific person is willing to pay for it. Fungible tokens, on the other hand, such as cryptocurrencies, are much easier to trade because they have a market-defined value relative to both fiat currencies and other cryptocurrencies.

NFT staking is a solution that allows holders to earn money from their NFTs without having to find a buyer directly. Staking, in this way, addresses the liquidity issue with NFTs.

How does NFT staking work?

Keep in mind NFT staking works in much the same way that cryptocurrency staking does. Of course, due to the nature of fungible cryptocurrencies and non-fungible tokens, there are some significant differences.

The rewards for staking an NFT vary depending on the NFT and the platform on which it is staked. Nonetheless, staking rewards are typically given in the form of a platform’s native token on a daily or weekly basis.

Given that NFT staking is a new concept, there aren’t many platforms that offer it across various NFT collections. Nonetheless, if you’re interested in staking your NFTs, here are a few to look into.

NFTX enables holders of specific NFT collections to deposit their NFTs in a vault. In exchange, NFTX issues an ERC20 token known as a vToken.

This means that staking one NFT in the vault earns you one representative vToken. The vTokens can then be staked to earn rewards, used to buy other vault NFTs, placed in liquidity pools, or sold on decentralized exchanges.

Notably, NFTX recently released Version 2 of its app. Most importantly, users can now create a public vault for any NFT they want. Previously, users on NFTX could only stake NFTs with existing vaults. The NFTX white paper contains a detailed explanation of how NFT staking works on NFTX, as well as how to contribute to the platform’s liquidity pools.

A few months ago, the highly popular P2E game added a staking feature. Players can stake Axie Infinity Shards ($AXS), the game’s governance token. At the moment, AXS staking rewards have an annual percentage rate of 80%. (APR). This means that stakers would receive nearly double the amount of AXS staked in a year.

Splinterlands is another popular P2E game with staking features. Indeed, Splintershards (SPS) token holders will need to stake it in order to access taking rewards, participate in governance, or participate in special offers, promotions, and bonuses for SPS holders.

SPS can be staked in either a Binance Smart Chain wallet or directly through a Splinterlands game account. However, only SPS holders who stake using a BSC wallet will be able to participate in the game’s DAO governance. Staking from either location, however, will earn holders staking rewards.

The case of Mutant Cats isn’t as simple, but worth mentioning. This is due to the fact that it highlights some of the potential staking issues that NFT projects may face.

Mutant Cats was, in fact, one of the few non-gaming NFTs that allowed users to stake their NFTs for rewards. To that end, holders who stake their Mutant Cat NFTs receive the $FISH token as a reward. To clarify, $FISH is the Mutant Cats DAO token.

The $FISH token represents fractional shares of Cool Cats held in the vault. Each Mutant Cat NFT earns 10 FISH per day from staking.

In addition, each Mutant Cat NFT grants access to the exclusive DAO community and voting rights over the DAO’s assets.That was the plan with Mutant Cats, at least. While $FISH originally represented fractionalized ownership of the DAO’s NFT collection, which included 11 Cool Cat NFTs, this is about to change. In short, Mutant Cats ran into difficulties with some of the original developers. As a result, an entirely new team took over the project and was put in charge of the DAO.

The Mutant Cats case is instructive and it is reasonable to conclude that NFT projects have a long way to go before providing fully functional tokenomics and staking models. Nonetheless, NFT staking is an intriguing prospect that some collections and platforms have discovered so far.