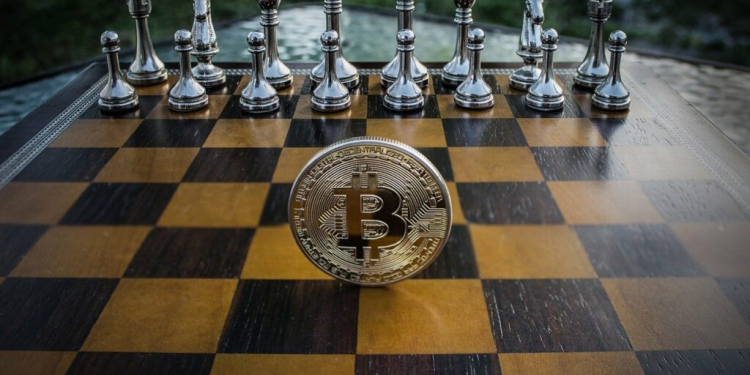 by Sammy Ugay
in Trends
Reading Time: 3 mins read
0
Share on FacebookShare on TwitterShare on LinkedinShare via WhatsappShare via Email

Mobile payment company Zebedee and mobile game studio Viker have launched two new play-to-earn games, Bitcoin Chess and Bitcoin Scratch, in an effort to bridge the gap between Web3 and mobile gaming. The two games will be available on both iOS and Android platforms.

Zebedee, which was launched in October 2019, is a Bitcoin-focused gaming infrastructure company that releases Bitcoin-centric games through its mobile app. Bitcoin Chess and Bitcoin Scratch are the latest in a line of games launched with London-based Viker. The two companies have already released mobile Solitaire and Sudoku games that give players a chance to earn Bitcoin.

While the trading price of a single Bitcoin is well in the thousands of dollars, games that allow players to earn Bitcoin typically pay out in satoshis, or sats, named after the creator of Bitcoin, Satoshi Nakamoto, and the smallest denomination of the coin. To cash out, players enter their Zebedee account into Viker’s app, where the gameplay takes place, to withdraw their earnings to the Zebedee app.

“These are not large amounts of money, though, with players earning a few cents per session, which is what makes the concept sustainable,” Zebedee said in a statement.

In July 2022, Zebedee raised an additional $35 million in funding after raising $11 million in Series A funding in September 2021. In the same year, Zebedee launched a private server for the first-person shooter game, Counter-Strike: Global Offensive, implementing an unofficial Bitcoin integration.

“Essentially, players receive a revenue share from the game, meaning Viker splits what they’re earning from the game with the player,” Zebedee said in a statement. The company believes that this model creates a more engaging player experience, leading to better retention and ultimately making the game more profitable.

“These games have a massive global audience that mostly doesn’t care about Bitcoin. And we’re not asking them to,” said Zebedee Chief Strategy Officer Ben Cousen. “It really doesn’t matter that it’s Bitcoin, except for the fact that what we do simply isn’t technically possible with traditional currency.”

In September, Zebedee partnered with adtech startup Slice to implement Bitcoin lightning network payments in return for viewing browser ads after installing the Slice browser extension, a concept made popular by the Brave browser. With the launch of these new play-to-earn games, Zebedee and Viker hope to further bridge the gap between Web3 and mobile gaming, offering a new and exciting way for players to engage with the world of cryptocurrency.

Mobile payment firm Zebedee and mobile game studio Viker have announced the launch of two new play-to-earn games, Bitcoin Chess and Bitcoin Scratch, aimed at bridging the gap between Web3 and mobile gaming. The games are available on iOS and Android and players can earn small amounts of Bitcoin, or satoshis, through gameplay. Zebedee and Viker have previously released mobile Solitaire and Sudoku games that also give players a chance to earn Bitcoin. The companies believe that this model creates a more engaging player experience, leading to better retention and ultimately making the games more profitable.

Who’s Who in the Crypto Industry: Exchanges, Miners, and Developers

The investigation is centered on financial transactions that took place between DCG and its global subsidiary, Genesis. The enormous cryptocurrency...