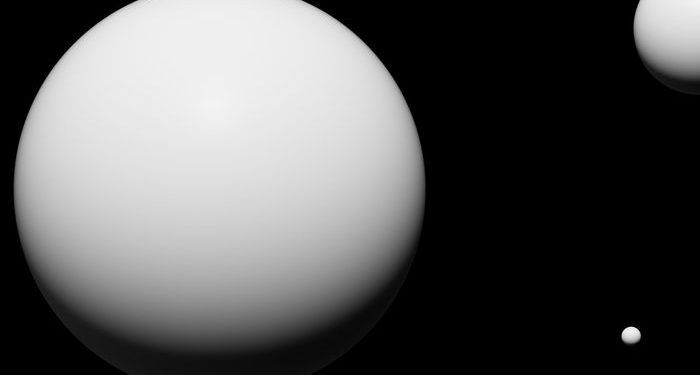 by Jay Speakman
in Investing, NFTs
Reading Time: 5 mins read
0
Share on FacebookShare on TwitterShare on LinkedinShare via WhatsappShare via Email

Recently, I was notified by Nifty Gateway about a special NFT drop that would be taking place at a reduced price. The artist (although don’t call him that) was Pak and based on his previous drops, “Lost Poets” and “The Fungible” I had good reason to suspect that this might be something not to be missed. I even tipped a friend off about this drop, even though I didn’t know exactly what it would be, only that creator was kind of a big deal in the NFT world.

“Merge” was being offered at $299 for a limited time and would increase in price by $25 each hour. For $299 you would get an NFT called Mass, although there was no real explanation of what it would look like, only the advice to “consume mass”.  I thought about buying it, but decided to sleep on it instead.

The next day I decided to go for it but the price was now $400. Keeping in mind that “he who hesitates is lost” I went ahead and bought it, sight unseen. I was going to “consume mass” and spend $400 to do it!

I was one of them, part of a club that had only 28,983 members. Yet, I didn’t tell anyone what I’d bought-I didn’t know how to explain it. I had trouble understanding it myself.

I had hesitated to pull the trigger on $400, no small sum of money for a mystery NFT, and now I’m glad I did.

The price of my NFT is now at a floor of $1350 on the secondary market.

Merge, like Pak’s “The Fungible” Nifty Gateway collection, was surrounded by both speculation and fanfare when it was released in April 2021, and Merge (hopefully for me) will continue to appreciate in value.

Merge features complex drop mechanics designed to allow collectors to accumulate “mass” during the two-day sales period, and was inspired by Pak’s love of token mechanisms.

“Creating mechanisms is a good way to investigate what the new medium is capable of,” said Pak. “As a result, I decided to create a new open edition mechanism to balance scarcity through secondary market activity.”

This intense triumph of a drop, of course, would not have been possible without the collaboration of Nifty Gateway. Pak believes that reuniting with the NFT marketplace giant was unquestionably the right decision, as the Merge release was “all about reach.”

“One of the challenges I faced when designing the artwork was fitting it into a single tweet.” The second concern was general public accessibility, in which they do not have to learn about crypto wallets, NFTs, and this world in a matter of days,” Pak said. “I wanted new collectors to come in and learn.”

While some were understandably confused about the collection and how it might fit into Pak’s burn ecosystem, the NFT community as a whole rallied in support of the unprecedented drop. And the community aspect of this endeavor was not lost on Merge’s enigmatic creator. “We did it as a large community, and it feels beautiful,” Pak said recently. “This is the first, but it will not be the last.” Hopefully, it will be another paradigm-shifting moment.”

Pak, who has now broken Jeff Koons’ record for the largest art sale by a living artist, has quickly become the face of the NFT movement. As we’ve seen NFT sales skyrocket to $10.7B in the third quarter of 2021 alone, it’s clear that, while mainstream adoption may be a ways off, the non-fungible community has no plans to stop its streak of record-breaking sales.

However, Nifty Gateway co-founder Duncan Foster believes that Merge has demonstrated that the future is now.

“We just witnessed the largest art sale by a living creator ever – and it didn’t happen at a traditional auction house, it happened at a web3 platform,” Foster said recently. “I’d like to express my heartfelt gratitude to Pak, who has just established himself as a visionary and one of the greatest artists of all time.” We couldn’t be happier to play a role in supporting them and assisting them in carrying out their vision.”

When asked what they thought about the implications of such a large sale taking place on a web3 platform, Pak simply stated, “We are here.”

By the end of the sale, these tokens had gone from being almost infinitely available to extremely scarce due to the project’s built-in scarcity mechanism. The Alpha Mass award will be given to the person who has the most mass, but this is not a lock. As Merge NFTs, each of which indicates the number of mass units it contains, are sold on secondary markets by collectors in the coming days, the ownership title may be transferred to someone else. In other words, the ownership of Alpha Mass could, in effect, be transferred to another party. This fascinating scarcity mechanism is referred to as “a game of extinction” by Pak in a tweet.

I’m definitely holding on to my small white dot on a black background, my mass. Why? Because I have CryptoPunk dreams of selling it for millions of dollars to some NFT whale who needs my mass to complete his own.

Will it be me? Maybe. Maybe not.

What I do know is that this ingenious “game of extinction” has the ability to make someone very rich. Someone out there, someday, will hold the final piece in this NFT puzzle, and the pressure to sell will be incredible. That’s when the game really begins.

How To Price and Sell Your NFT Art