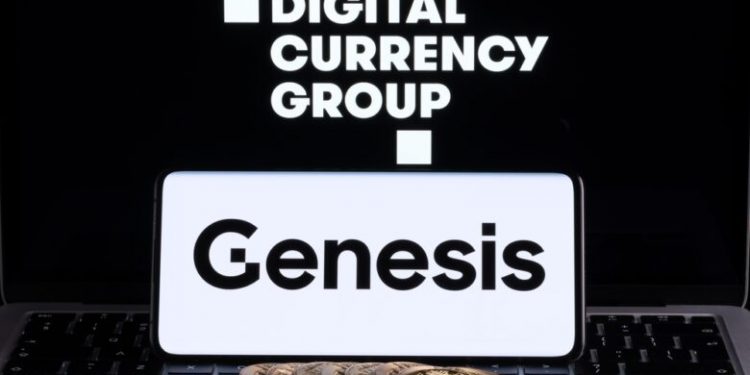 by Rickie Sanchez
in Trends
Reading Time: 3 mins read
0
Share on FacebookShare on TwitterShare on LinkedinShare via WhatsappShare via Email

The investigation is centered on financial transactions that took place between DCG and its global subsidiary, Genesis.

The enormous cryptocurrency enterprise run by Barry Silbert, known as the Digital Currency Group, is subject to an investigation by US authorities by looking into its internal financial operations; confirmed by Bloomberg.

According to reports, prosecutors in New York are looking for papers as well as interviews with staff members. The Department of Justice is also interested in finding out what information on the financial transfers may have been provided to DCG investors.

Silbert referred a request for comment to a DCG spokesperson. In a statement, the spokesperson said: “DCG has a strong culture of integrity and has always conducted its business lawfully. We have no knowledge of or reason to believe that there is any Eastern District of New York investigation into DCG.”

The investigations are in their early stages and have not yet been made public by the authorities conducting them. No criminal accusations have been made against DCG or its CEO, Barry Silbert.

Genesis was caught off guard by the bankruptcy of the crypto hedge fund 3AC in June of 2022, to which it had lent $2.4 billion. Genesis claims that 3AC had provided 80% collateral for its loan, but others believe the collateral was closer to 50%. In November, Genesis was further impacted by the collapse of FTX, in which it had $175 million locked up, as well as an additional $7 million with FTX’s affiliated market maker, Alameda Research.

Gemini update: Cameron Winklevoss issues an open letter to the Board of DCG

Cameron Winklevoss sent an open letter to Barry Silbert on January 2nd in which he accused Silbert of continuously refusing to meet with the Gemini team in order to find a solution to the liquidity challenges that they are currently facing.

Winklevoss has expressed his expectation that a solution would be discovered by the 8th of January and the general public is currently awaiting a reaction from one of the disputing parties.

On January 10th, Winklevoss issued an open letter to the Board of Directors of DCG, calling for Barry Silbert to be removed from his position as CEO due to the disagreement of both businesses.

Winklevoss claimed in an open letter to the DCG Board that Genesis and DCG had “defrauded” 340,000 Earn users.

Winklevoss wrote: “There is no path forward as long as Barry Silbert remains CEO of DCG, he has proven himself unfit to run DCG and unwilling and unable to find a resolution with creditors that is both fair and reasonable.”

It is crucial for the two companies to settle their issues and find a way out of its mess when a firm is on the verge of going out of business. This is due to the fact that a bankruptcy will have negative effects that could result in job loss and the liquidation of the company’s assets. It may be more challenging to find a solution to the bankruptcy and may have additional unfavorable effects if Gemini and DCG are unable to address their issues.