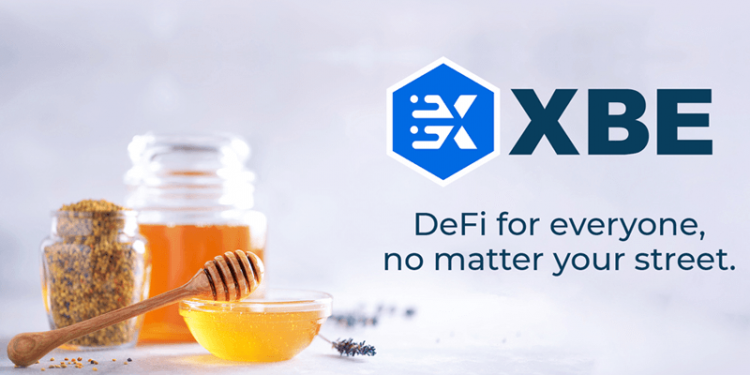 Yield With XBE As It Enters Alpha Testing

by blockzeit
in Sponsored
Reading Time: 4 mins read
0
Share on FacebookShare on TwitterShare on LinkedinShare via WhatsappShare via Email

The XBE platform has announced that they are about to enter alpha testing for the XBE Hive, which means that the XBE protocol has finally reached a major milestone on their roadmap after months of development and testing. The XBE is a complementary set of smart contracts that extends the extremely popular Convex and Curve protocols.

They aim to allow DeFi and fiat users to participate in the XBE protocol, increasing benefits for +$20 billion liquidity already implemented in the Convex and Curve projects.

The XBE Hive is the XBE protocol’s key feature that generates yields for both DeFi and TradFi users. Users who understand how Curve and Convex function will deploy their capital into the XBE protocol, then deploy this capital in Convex and then Curve.

To give you a better understanding, the XBE Hive is designed to provide smarter rewards to participants. By providing liquidity in Curve and Convex, users can choose their preferred type of asset denomination (e.g. USD, EUR, ETH, and others) with which to earn, which reduces their exposure to price volatility on their liquidity that’s traditionally associated with yield farming services.

The XBE Hive will also release ease-of-use products, including an Easy XBE 3.0 Web app to make it easier for users with less DeFi experience to also interact with the DeFi protocol.

The platform recently received positive news when it passed an audit from Peckshield and is now about to enter Alpha Testing. The XBE community additionally has offered a reward of 500,000 USD in XBE tokens to test users through a bug bounty program.

The platform attracts testers for the smart contracts on DeFi as it prepares to take the XBE Hive product public. When it comes to DeFi testers, they will be able to utilize the application’s interface in the Alpha stage soon enough, allowing them to engage with smart contracts and the functions to manage their liquidity in Curve.fi and Convexfinance.com through the XBE Hive.

This involves testing the features of staking liquidity, claiming prizes, and even producing referral links that will award testers with further protocol incentives when other users join the platform.

The XBE community aims to revolutionize and add significance to the DeFi industry, with several more product releases on the horizon. XBE holders form a decentralized community that actively participates in governance initiatives that direct these developments through a governance process.

The governance recommendations are made by locking up a user’s XBE governance token. Over 50% of the token supply has been locked up for an average of 20 months, and a further 28% has been staked with a circulating market cap of less than $25 million.

What makes the platform stronger is the presence of several contributors from Block Markets Africa who specialize in the infrastructures of financial markets based on blockchain – known for working with payment service providers, and especially Central and Commercial Banks.

The future activities will spread over numerous Layer 2 networks, such as introducing the XBE protocol as XBF on Fantom’s Opera Chain, which is slated to follow the Hive debut.

Sports is one of the first industries to recognize the potential of cryptocurrencies and blockchain technology. And now it benefits...