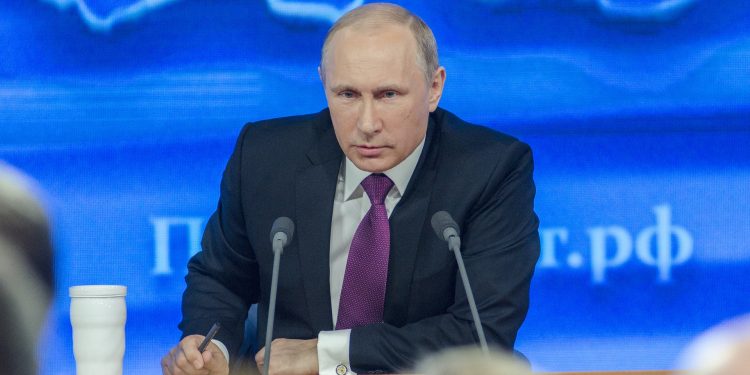 The Russian President was speaking during the Russian Energy Week in Moscow on Wednesday. The country has been mulling for some time, replacing the U.S. dollar as the preferred currency for paying for crude oil. The desire is to respond to challenges posed by Joe Biden’s administration and the economic sanctions that the United States imposes. Speaking to CNBC on whether Bitcoin was an option, Putin stated:

“I believe that it has value, but I don’t believe it can be used in the oil trade […] cryptocurrency is not supported by anything as of yet […] it may exist as a means of payment, but I think it’s too early to say about the oil trade in cryptocurrency.”

Russia has been seeking an alternative to the dollar’s dominance in international trade since the U.S. slapped sanctions on Moscow for annexing Crimea. According to Putin, the United States has been using the green buck as a weapon. Cryptocurrency enthusiasts believe that decentralized money like cryptocurrencies could eventually replace fiat currencies issued and controlled by central banks. Putin said:

“I believe the U.S. makes a huge mistake in using the dollar as a sanction instrument […] we are forced. We have no other choice but to move to transactions in other currencies.”

Russia’s central bank, The Bank of Russia, has consistently warned investors about digital assets’ volatility even though cryptocurrencies aren’t allowed as a payment method in the country. Nonetheless, Russia’s Deputy Finance Minister Alexei Moiseev is on record saying the government doesn’t intend to follow China’s footsteps in banning cryptocurrencies.

President Putin also mentioned Bitcoin’s massive power consumption as why he’s uncomfortable about their use. There is still a hot debate in most quarters in the crypto community about the amount of power needed to mint new Bitcoins. The United States is currently the leading nation in Bitcoin mining following an influx of “Bitcoin Refugees” fleeing a Chinese cryptocurrency-mining clampdown.  Vladimir Putin’s soft spot for cryptocurrencies has come when Joe Biden’s administration is considering introducing a broad initiative to review cryptocurrency-based policies. China continues with its crackdown on the crypto sphere and banned all crypto transactions in September.