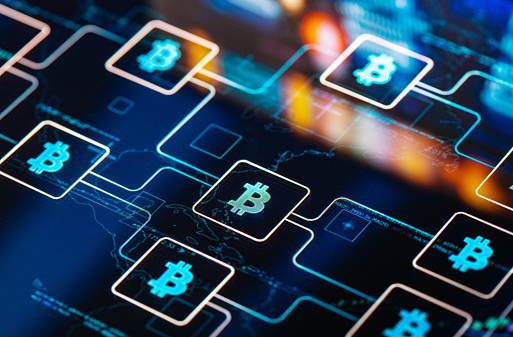 by Jay Speakman
in Investing
Reading Time: 6 mins read
0
Share on FacebookShare on TwitterShare on LinkedinShare via WhatsappShare via Email

Bitcoin is the most valuable digital asset and has been around since 2009. It was created as a peer-to-peer digital cash system, and it quickly gained popularity due to its many advantages over traditional currencies. However, in recent years Bitcoin has also been seen as an investment opportunity, as its price has fluctuated significantly. In this quick guide, we will explore the possibility of Bitcoin becoming the global reserve currency and what that would mean for investors.

The Case for Bitcoin

Here are 3 reasons why Bitcoin could potentially become the global reserve currency.

Finally, an increasing number of people are investing in Bitcoin because they believe that it has the potential to unseat the US dollar as the world’s reserve currency.

Of course, there are also some risks associated with investing in Bitcoin.

If Bitcoin were to become the global reserve currency, it would have a number of advantages over traditional fiat currencies.

For a variety of reasons, cryptocurrencies outperform traditional fiat currencies. For one thing, because they are based on cryptography and blockchain technology, they are more secure. As a result, they are much more difficult to hack or counterfeit.

For all of these reasons, it is clear that cryptocurrencies are being discussed as the currency of the future.

However, there are also some risks associated with investing in Bitcoin that potential investors should be aware of.

Remember that no one knows what the future holds. However, some experts have publicly stated their predictions for Bitcoin’s future pricing. While none of these predictions are guaranteed to come true, they do provide insight into how some market experts believe the market will play out.

Speculation on the Future of Bitcoin

When to invest in Bitcoin

While it is possible to profit from Bitcoin, it’s not always smart to jump in at the top. For example, Bitcoin rose to an all time high of $69,000 in November 2021. This caused a lot of FOMO with people buying Bitcoin. The subsequent price drop wiped many investors out, especially those that bought Bitcoin on margin.

Whether you should buy now or wait for a fall in prices is a question of your own risk tolerance. In addition, you should make sure that your investments are not out of line with other areas of your financial life. This includes emergency savings, debt payoff, and traditional retirement accounts.

Bitcoin is a volatile asset, which means that its value can dramatically change in a short period of time. However, it’s a relatively safe bet for investors who are looking for a long-term investment. If you’re planning to buy Bitcoin, make sure to use a reputable trading platform. Coinbase and Kraken are two leading US-based exchanges that offer many advantages-especially to new investors.

The first thing to remember is that it’s important to diversify your investment portfolio to reduce your overall risk exposure. You should not invest more than 10% of your portfolio in risky assets. In addition, keep in mind that you’re unlikely to make a profit if you’re not well-prepared for fluctuations in the market.

What about you? How do you feel about Bitcoin becoming a global reserve currency ? Let us know in the comments. If you found this article useful we’d be super-happy if you shared it!

If you enjoyed this article, you might also like: How Long Does it Take to Mine One Bitcoin?

How Blockchain and IoT are Changing the World for the Better