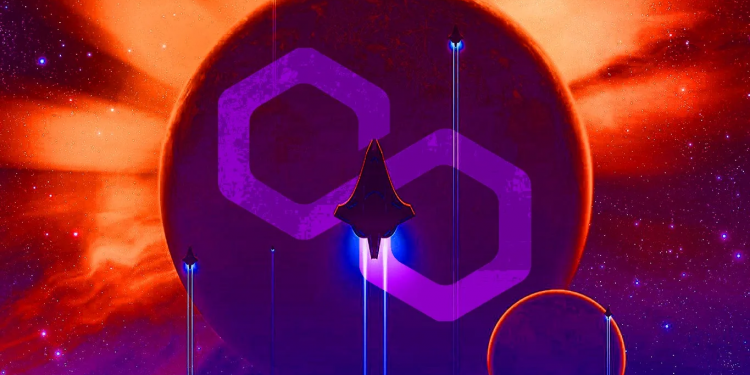 by Jay Speakman
in Technology
Reading Time: 5 mins read
0
Share on FacebookShare on TwitterShare on LinkedinShare via WhatsappShare via Email

What do the Disney Accelerator program, Starbucks Coffee Company, Starbucks Odyssey (Web3), and Robinhood all have in common? They all chose Polygon as their preferred blockchain.

Polygon is currently the king of Layer 2 solutions-hosting over 50,000 dapps, and they seem to be making all the right moves because big companies are flocking to Polygon and weekly unique active users’ numbers are rocketing.

Can anybody take the Layer 2 crown from Polygon?

Not yet is the short answer.  But we do think there is some stiff competition out there. In this post, we’re looking at some Polygon competitors that we think are worth keeping an eye on.

Immutable X focus is on NFTs non fungible tokens and they are an L2 built on Ethereum. Immutable X uses ZK roll-up technology from Starkwear, aka ZK Starks. Now these improve on the zk SNAs because they remove the need for a trusted setup. And in turn, this allows for 9,000 NFT transfers trades or mints per second. And that’s without any gas fees by the way. So that is to say they are a power to be reckoned with in the NFT space.

In fact, they overtook Polygon in NFT volume and they’re also making a pretty big name for themselves in the metaverse and gaming sector. And when it comes to gaming, they have a very strong blockchain gaming roster, which includes Gods Unchained, Guild of Guardians, and Illuvium.

They also have a massive $500 million ecosystem fund. However, they’re not active in other fields, but they do have a strong team and some very serious backers. For instance, Animoca Brands, known for backing Axle Infinity. The IMX token is currently $0.57 cents with a market cap of $133 million. The max token supply is 2 billion of which you have 25% in circulation or roughly 570 million.

Arbitrum, which is also a Layer 2 built on Ethereum and as such, they offer faster transactions and cheaper gas fees compared to Ethereum. And just like Immutable X, they take advantage of Ethereum’s security since they’re built on top of it, and they both use the Ethereum consensus mechanism.

Polygon, on the other hand, has its own proof of stake POS consensus. Arbitrum uses an optimistic roll up solution. So in other words, they roll up batches of transactions and deposit these on Ethereum, their Layer 1. Ultimately, this makes them computationally less complex.

And if we look at TL (total value locked) Polygon has $1.24 billion and that means it’s currently at number five among all chains. And Polygon currently hosts 323 protocols. Now with TVL Arbitrum directly follows Polygon with $948,000 and 127 protocols calling Arbitrum home.

What’s amazing is that Arbitrum achieved all of this without having its own token, which is hard to believe actually. Now the crypto space expects an ARUM token launch and airdrop to happen pretty much imminently.

To put this in perspective, Polygon launched in October, 2017, whereas Arbitrum launched in May of 2021. And we see lots of potential in this project. While nothing is for certain in this space don’t be surprised if ARbit will keep making moves and keep growing. Arbitrum really has the potential to be a serious Polygon competitor. And given that its token isn’t even out yet, we think Arbitrum has room to run.

Celer Network is a Layer 1 blockchain interoperability protocol and it also hosts Layer 2 solutions- mostly for finance and use ZK Starkware solutions.

They also have cBridge, another well known product, and they support well over 110 tokens and over 30 blockchains and focus very much on interoperability. And their transaction volume now is well over $10 billion.

However, in August the bridge was hacked during a DNS attack and losses were around $240,000, which is actually an unusually low amount for a bridge hack in crypto. Fortunately, Celer has a strong ecosystem of partners and many other strengths to compensate for that one failure, especially when it comes to their cBridge product. Celer has bolstered an already strong team consisting of multiple PhDs. They also boast some very strong investors, for example, Arrington Capital and Binance Labs.

Loopring was the first ZK roll up Layer 2 on Ethereum. And in the same L 2 vein, they reduce gas fees and speed up transactions- up to 100 times lower fees when compared to Ethereum gas fees.

So it’s a big, big difference.

Loopring’s main focus is on the DeFi space, more specifically decentralized exchanges. Polygon is more diverse, while Looping, again, is specifically focused on the DeFi.

And just like Immutable and Arbitrum, they ride the Ethereum consensus mechanism for safety, which makes them much more scalable when compared to Polygon.

The future of cryptocurrency and blockchain writ large must include interoperability as well as scalability. Polygon has led the way and is now reaping the rewards of their hard work with multiple, major partnerships. These projects have the benefit of learning from Polygon while also presenting a challenge to Polygon’s dominance moving forward.

The crypto markets are very dynamic. Traders from TradFi might actually get lost in all the Defi jargon, especially because...