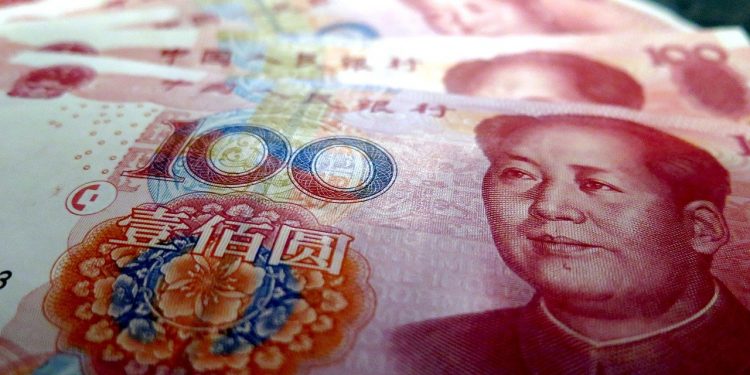 Why China Pushes Their Digital Yuan Over Bitcoin

by Jay Speakman
in Bitcoin News, Markets
Reading Time: 4 mins read
0
Share on FacebookShare on TwitterShare on LinkedinShare via WhatsappShare via Email

Of all major economies, China has the most advanced central bank digital currency program. What distinguishes the digital yuan from Bitcoin?

Over 80 governments (representing 90% of global GDP) are now exploring or testing central bank digital currencies (CBDCs). Only five countries have CBDCs as of July 2021. Saint Kitts-Nevis, Antigua and Barbuda, Saint Lucia, and Grenada.

The digital yuan, also known as the e-RMB or the Digital Currency, Electronic Payment (DCEP). Here we’ll get into the digital yuan and compare it to the OG cryptocurrency: Bitcoin.

What is digital yuan?

Unlike cryptocurrencies, CBDCs do not use decentralized blockchains, as the central bank retains control over the ledgers. More on that later.

The digital yuan has been in beta since April 2020. The People’s Bank of China (PBoC) began airdropping millions of digital yuan to citizens in October 2020 to test the technology and generate buzz. That continues till July 2021. The digital yuan may already be spent at a growing number of businesses, including Walmart. PBoC reported in July 2021 that the digital yuan had been utilized in 70.75 million transactions, worth $34.5 billion.

The digital yuan will thereafter be widely used during the February 2022 Winter Olympics in Beijing. This includes overseas guests.The U.S. Olympic & Paralympic Committee has been requested to restrict athletes from using the digital yuan because it “may be utilized to spy Chinese people and anyone visiting China on an unprecedented scale,” according to Senator Cynthia Lummis (R-WY).

Why is China now pushing a digital currency?

In an April 2020 article in the state-run news outlet Yicai Global, deputy governor Fan Yifei argued that physical money is expensive to manufacture and maintain, easy to counterfeit, and anonymous. The digital yuan solves these issues.

The project’s major motivation appears to be lowering cash’s anonymity. After all, the Chinese Communist Party has created the world’s largest surveillance state. Former PBoC digital currency institute head Yao Qian claimed in May that the bank does not intend to monitor all transactions in real-time.

To track anyone and everything, the Chinese government has deployed millions of facial-recognition cameras across the country to keep tabs on all transgressions, including small offenses like jaywalking. A digital yuan might easily fit into this surveillance system, charging the jaywalker’s digital wallet.

What distinguishes bitcoin from the digital yuan?

China has often hinted at adding blockchain-related terminology into the digital yuan. But decentralization isn’t on the list. Both Bitcoin and the digital yuan enable peer-to-peer payments. In reality, that’s the only similarity. Since Bitcoin is built on a blockchain, it solves the problem of double-spending, and the digital yuan works more like cash than bank-connected digital money transactions. It matters since 84 percent of Chinese people already use a mobile wallet-compared to less than 41 percent of Americans.

According to Bloomberg Intelligence, WeChat Pay and Alipay account for about 90% of China’s $35 trillion mobile payment market. Banks, for example, are private financial middlemen. The digital yuan alters this. (On a personal note, I use WeChat for virtually all payments and money transfers in Shanghai. I rarely hold paper money and can’t remember the last time I was in a bank. It’s the same for most everyone I know.)

Contrarily, the digital yuan is predicated on the concept of “One Coin, Two Addresses, Three Centers.” The government lacks control over how, where and how much paper money is spent in China. This was somewhat solved with services such as WeChat and Alipay which are tied to Chinese banks. A digital yuan would potentially give the government the ability to further monitor citizen activities and movements of money.

Bitcoin is a popular trade and value storage asset

The digital yuan will be used daily. The government would closely monitor its price to ensure it accurately reflects the national currency, preventing traders from profiting from arbitrage or investors from hoarding it.

Aside from being banned in China since 2017, Bitcoin has never been used as a medium of trade. To date, not much has changed. However, due to low electricity costs, China has historically had the highest global percentage of Bitcoin miners (75.5% in September 2019). In May 2021, the Chinese government stated that it needed to “avoid and control financial risks.” Of course, that logic aligns with the digital yuan’s larger goals. In other words: Bitcoin bad. Digital yuan good!

The global share of Chinese miners had already dropped to 46% in April 2021, indicating the trend had begun before the government’s crackdown. With Yunnan, Anhui, and Qinghai province outlawing Bitcoin mining (allegedly to cut carbon emissions!), with practically all mining activity in China halted in June of this year.

Gold vs. Bitcoin: Where Should You Invest?