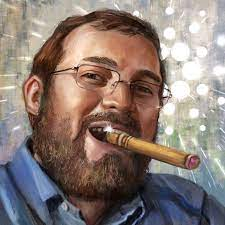 Who is Charles Hoskinson?

by Jay Speakman
in Business
Reading Time: 5 mins read
0
Share on FacebookShare on TwitterShare on LinkedinShare via WhatsappShare via Email

Charles Hoskinson is an American entrepreneur and co-founder of Input Output Global, Inc. He is also a co-founder of the Ethereum and Cardano blockchain platforms, and a frequent speaker and author known for his work in blockchain and crypto-economics.

Hoskinson was born in Hawaii in 1987. His parents were doctors and he has a brother who is a doctor as well, and Charles had always wanted to become a surgeon himself.

However, he developed a fascination for computers as a child and spent hours honing his technical skills. Although he grew up as a regular kid, he decided to steer away from the career path that his family had chosen. He subsequently studied advanced mathematics at the University of Denver.

Charles Hoskinson, founder of Cardano and CEO of Input Output Hong Kong, is committed to the peer-to-peer innovations of blockchain. His company is an engineering firm that builds cryptocurrencies and blockchains for the Cardano blockchain. Input Output is also developing an open-source library for universal composability.

Founded by Charles Hoskinson and his former Ethereum colleague Jeremy Wood. They have built a number of blockchains and cryptocurrencies for a variety of clients through IOHK. One of their standout projects is Cardano, which is a public blockchain with smart contract capabilities. Cardano (ADA) is currently among the top ten cryptocurrencies by market capitalization with a market cap of $13.4B.

Hoskinson is a mathematician and entrepreneur with deep experience in cryptography. He founded three crypto-related start-ups and held a variety of executive positions in the public and private sectors. He is also the founding chairman of the Bitcoin Foundation’s education committee and founded the Cryptocurrency Research Group.

Along with founding Cardano, Charles Hoskinson, has a long track record in the crypto space. He was one of the creators of Ethereum. His main focus is to create a fully decentralized blockchain that can be widely adopted. With a brilliant brain and a talented team, Hoskinson is well placed to make Cardano a success in the long term. And long term seems to be the play here as Hoskinson shows little interest in the day to day price of Cardano’s ADA native token.

Hoskinson is a prolific developer and innovator, with a reputation for creating cutting-edge technologies. His team has partnered with leading financial jurisdictions to offer training in blockchain and other topics. He has consulted on projects in Uzbekistan’s national university and is a founding member of the Bitcoin Foundation education committee.

Cardano is currently well along in development, but there have been complaints of slow progress and a lengthy roadmap. The team must find ways to improve speed of development without compromising the quality of the product.

Another concern is that Hoskinson, who is also the founder of IOHK, has too much power in decision-making, and could leave the project unattended. A more diverse leadership team might be a more appealing option for investors. Some have even called for a true CEO to take the helm of the project, allowing Hoskinson to work on further developing Cardano adoption.

As co-founder of Ethereum and Cardano, Hoskinson has extensive experience in the blockchain industry, having worked on many major projects. He has studied mathematical and analytic number theory and joined the Ethereum project in late 2013. He subsequently left the project and formed Cardano, which is a competing cryptocurrency based on scientific, foundational first principles. Hoskinson frequently engages with the crypto community, often through social media.

Hoskinson has spent much of his career working on educational resources and blockchains. He has helped to launch the Bitcoin Education Project and served on the Education Committee of the Bitcoin Foundation. He has also worked with governments in Ethiopia and Barbados on blockchain education. However, Hoskinson has also criticized Bitcoin for its high energy consumption. Cardano is a blockchain project that is more energy efficient through the use of a proof of stake consensus.

The founders of Ethereum had a lot of egos and different visions, which led to the emergence of power struggles. Ultimately, Vitalik had to decide which team members to retain. The Ethereum team consisted of eight co-founders, including Charles Hoskinson. However, after a disagreement erupted about venture capital and the formal governing structure, Hoskinson left to form Cardano. He later became its CEO.

Ethereum co-founders Vitalik Buterin and Charles Hoskinson are not at odds with one another. They both have been vocal supporters of blockchain projects. However, they disagree on how to move forward. However, their differences have not prevented them from working together. In fact, they have even spoken positively about other projects.

Buterin’s relationship with Hoskinson sprang up when he co-founded Ethereum with two other co-founders. At the time, the two wanted to keep Ethereum a nonprofit company, while Charles Hoskinson wanted to make it a for-profit company. Ultimately, they disagreed on the future of Ethereum, but it seems they have mended their ways. And Hosking seems to be doing okay as he is one of the wealthiest individuals in the crypto community with a net worth estimated at $600M.

There is no doubt that Hoskinson is a brilliant and articulate spokesman for the blockchain industry yet there are those who feel that he is too involved in self-promotion and his penchant for working with African governments that have a history of corruption or are financially unstable, or both,has cratered the price of Cardano. Hoskinson is upfront about his disdain for investors that are “only in it for the money” -which is cold comfort for Cardano investors concerned with the price of ADA.

The emergence of crypto assets has created new opportunities for entrepreneurs around the world. But to take advantage of them, the regulatory authorities must acknowledge their existence and make them a legitimate asset for the financial system, according to Hoskinson. The painfully slow approach that Cardano has taken to roll out features has many concerned that they are moving too slowly and have squandered any first mover advantages they may have had. Once considered an “Ethereum killer” Cardano now finds itself being passed by newer startups such as Solana and Avalanche. Time will tell if Cardano will ultimately be successful, but for many investors, the wait has been too long.

The Constant Surge In The Axie Infinity Users