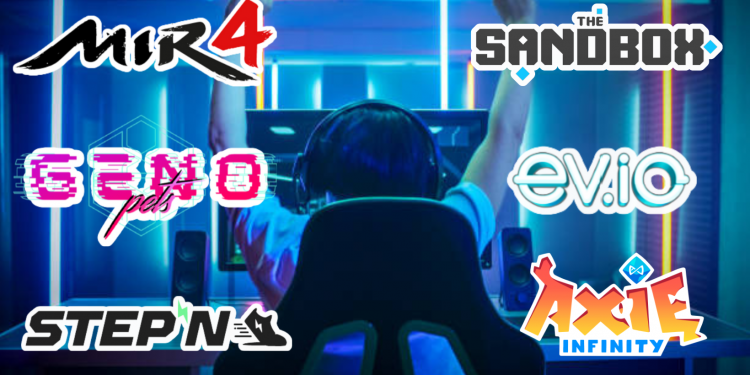 Which GameFi Genre Should You Play?

by Edmond Herrera
in Metaverse
Reading Time: 7 mins read
0
Share on FacebookShare on TwitterShare on LinkedinShare via WhatsappShare via Email

Blockchain games come in all shapes and sizes. Contrary to popular belief, GameFi no longer merely includes the classic play-to-earn genre but has evolved and branched out in many different kinds of blockchain gaming genres.

Some of these genres borrow terms from web2 like RPGs(Role-playing games) and MOBAs(Massive Online Battle Arena) while some are the fruition of blockchain technology like Move-to-earn and Play-to-earn.

Each genre serves a specific preference that caters to a certain demographic of gamers. Often, the type of games players dives into are synonymous with the type of lifestyle they currently have. So it’s vital to identify the right kind of game for their lifestyle before committing money and time to a game. Let’s look into a few types of GameFi Genres that might suit your lifestyle.

M2E games allow gamers to earn in-game tokens while going for a simple jog or doing certain rigorous exercises. Deriving inspiration from the previous massive success of Pokemon Go, the genre is greatly suited for individuals that have a very active lifestyle.

Blockchain technology enables monetary incentives for exercise that make the genre highly appealing to users. It tracks your movements or how many miles you’ve accomplished which determines the number of your rewards. Using the GPS technology implemented in smartphones, whether you’re simply walking your dog or accomplishing your job routine working at a food delivery service, you’ll get rewards for covering the distance.

M2E has varying approaches to its in-game mechanics and design. For Genopets, players are given a free Genopet, which is a pokemon-like creature that’s an NFT. As you exercise, your Genopet levels up by earning XP.

So the more time you invest into running, the more your NFT creature will upgrade, letting you earn more in-game tokens. Meanwhile, in M2E games like STEPN, players have to initially buy an NFT sneaker that tracks their movement, earning you $GST for every minute.

Blockchain MMORPGs add an exciting monetary twist to the long-established genre. The genre is primarily enjoyed by players who enjoy customizing their character, find amusement in the fantasy-like worlds around them, and grind for levels by slaying an array of creatures.

If you’re the type of player that enjoys grinding for levels within a cast of classic characters ranging from Warrior, Archer, Magician, and Healer, then trying out games like Mir4 should be on your GameFi list. It’s also great for players who don’t have a lot of time, since they can implement an auto-battle system that lets their character grind levels while the gamer does other activities.

The Clan system experience from web2 is elevated to a higher degree due to the integrated web3 monetary system. In Mir4, clans fight monthly scrimmages to determine who reaps the most rewards within the server. Clans even implement a salary system within their teams and alliances to maintain good relations amongst each other.

Shooter games within GameFi are simple in their design. The focus is primarily on how enjoyable the shooting mechanics are. While many are available on mobile, blockchain shooters like EV.IO offer a seamless onboarding process since the game is easily accessible with your average web browser.

EV.IO takes inspiration from traditional Arena Shooters like Quake. A quick and fun no-nonsense shooting death match against many other players. Meanwhile, MetaOps and Earth From Another Sun derive inspiration from the classics such as Call of Duty and from the Halo Series especially with how they handle PvP gunplay.

The design ranges from a futuristic metaverse world to a Cyberpunk designed urban landscape that’s set out to satisfy most shooter fans. Earning mechanics are relatively simple in most blockchain shooter games. Players often earn tokens by accomplishing tasks and by simply playing the game. Certain shooters implement a loot box system that incentivizes players to spend in-game currency.

The genre is perfect for players who desire a minimized monetary aspect and prefer to focus on gameplay mechanics.

Sandbox social games like The Sandbox greatly fit players who prefer to explore worlds crafted by other users while at the same time satisfying their creative urges by creating worlds that other players can explore themselves.

Deriving clear inspiration from classics like Roblox, Sandbox web3 games are often synonymous with the term Metaverse because of the genre’s ability to create immersive worlds that can fit any brand. The genre has new exciting worlds added every week, with a new celebrity or big brand company wanting to host its products and services within the metaverse.

The genre offers the best avenue for players to sit back and socialize. Web2 sandbox games led to the forming of many online friendships so it’s not so far-fetched to expect the same from its web3 brother. Moreover, virtual real estate is a hot topic within the genre since large conglomerates and big-name celebrities participate in the “Metaverse Land Grab” these past years.

Highly similar to its web2 brother, blockchain trading card games offer a fun yet complex gameplay where players can battle in one-on-one card battles to determine who’s the best.

Collecting cards has been an enjoyable pastime even before blockchain came to fruition. But paired with blockchain technology, your favorite rare card can now become an NFT. This means that cards in web3 act as financial assets that not only give you an edge in-game but can now have the ability to earn you profit and you can move them across several exchanges, boosting its liquidity.

Blockchain Trading Card games have attracted numerous users throughout the years. In Gods Unchained, it is estimated that the game has over $52 million total of assets traded among its users. Taking inspiration from web2 card games like Hearthstone, they retain the complex gameplay and strategy building that makes the genre so lovable in the first place. Trading digital cards is just primarily an added metagame bonus within the game.

So if you’re into cooking up complex strategies like deck building and mana managing, then Splinterlands, Gods Unchained, Berserk, and more are waiting to be played by gamers who like to think outside the box.

There are a lot of genres to discover within web3 gaming, so I hope you’ve taken a liking to one genre that fits your lifestyle. If you’re active, move-to-earn is perfect for you however if you prefer to focus on the gameplay, shooter web3 is up your alley.

Similar to traditional games, the different genres offer varying slices of the gamer pie for users. However, it’s important to acknowledge that often it’s important to proceed with caution before splurging funds into your favorite blockchain game. Whether it’s DeFi or GameFi, DYOR is still very much applicable in any web3 scenario.

It’s also important to note that we’re still in the early days of GameFi. The list I’ve provided now will possibly not even scrape the surface of GameFi in the future. As I write this article, builders are offering new ways of how blockchain technology can enhance the gamer experience by improving and adding in-game features that might shift the narrative towards web3 gaming.