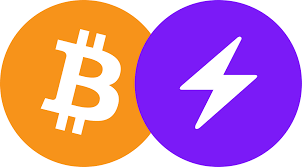 by Jay Speakman
in Bitcoin News, Education
Reading Time: 9 mins read
0
Share on FacebookShare on TwitterShare on LinkedinShare via WhatsappShare via Email

The Lightning Network enables users to send and receive Bitcoin quickly and cheaply by moving transactions off the main blockchain — think of it as a fastlane for Bitcoin.

Bitcoin has risen from obscurity to a half a trillion dollar market cap in 13 years, settling over $60 trillion in total transfer volume along the way.

In the early days of bitcoin it was often given away as a joke or infamously to buy pizza.

At the time the two pizzas ordered cost 10,000 bitcoin, worth about $40. Today, those pizzas would be worth $384 million as bitcoin has risen to be the most valuable cryptocurrency in the world.

Despite this rise and widespread adoption, Bitcoin’s decentralized design restricts it to only 7 transactions per second. When the number of transactions on the network exceeds 7, users face long wait times and fees of up to $60 per transaction. Even with recent fees ranging from $1 to $2, the network remains unsuitable for purchasing the proverbial cup of coffee.

Enter the Lightning Network, a layer-2 protocol built on top of Bitcoin that has the potential to scale to millions of instant transactions per second for pennies.

If the Lightning Network gains traction, it may be able to undercut the fees of industry behemoths Visa and Mastercard, as well as the entire global remittance market. This would benefit merchants and consumers.

How does Lightning work?

Lightning, like most layer-2 solutions, aims to increase transaction throughput and lower costs while maintaining adequate decentralization by moving activity to a second network. Once BTC is on the Lightning network, it can be transacted instantly and for pennies.

Users deposit BTC into the Lightning Network and then transact cheaply through payment channels, rather than sending each transaction over the Bitcoin blockchain. The more people and businesses that join, as with most networks, the more useful it becomes.

With 1 cent fees, Lightning transactions are clearly less expensive than using the Bitcoin network. However, what is more intriguing is that Lightning has the potential to replace existing payment processors for fiat transactions without the consumer being aware that BTC was used as the underlying settlement layer.

The Lightning Network is a decentralized system that skirts the main Bitcoin blockchain, allowing you to conduct ultra-fast transactions that don’t require node acknowledgement or block confirmations. The network consists of nodes that run on personal computers, meaning that you won’t need to spend much money to transfer bitcoins.

One of the main disadvantages of the Lightning Network is that it requires users to have a wallet compatible with it. Without this wallet, you’ll be forced to use a traditional Bitcoin wallet, which can take time. Despite this, some wallets will manage on-chain payments without fees, which can be a pain. The convenience factor is likely to improve over time. However, if you’re still not convinced, you can opt for a different service.

The primary problem with a bitcoin-based Lightning Network is that the payment channels tend to bring about centralization, which runs counter to the peer-to-peer nature of the bitcoin system. In contrast, supporters of Lightning Network claim that it is a good way to implement on-chain transactions.

Despite Satoshi’s vision for a decentralized payment network, problems persist.

The world’s dominant payment processing networks are Visa and Mastercard. They made $24 billion in 2021 by collecting 2-3% transaction fees every time someone swiped a debit or credit card. Payment processors using the Lightning Network may be able to undercut that.

Assume you need to make a $100 payment to a merchant. Using your credit card costs the merchant $3, which is then passed on to you in the form of hidden fees.

What if you converted $100 USD into BTC, transferred it for pennies on the Lightning network, and then converted the BTC back to $100 USD? For a 1% fee, a service called OpenNode can use the Lightning Network to do just that.

Similar logic can be applied to the $40 billion global remittance fee market, where the average cross-border transaction fee is 6.4%.

Regardless of how cost-effective it is to replace Visa/Mastercard and international remittance companies with Lightning, it is easier said than done. The incumbents benefit from large network effects, and Lightning, like any new venture, faces a cold start problem.

Where there is the potential to disrupt incumbents, current Lightning adoption is still small (but growing!). According to Arcane Research, Lightning facilitated $20-30M in monthly payments in Q1 22. That’s a fourfold increase year on year, but it’s a far cry from the $866B Visa facilitates each month.

The main metric for measuring Lightning growth is “public node capacity,” which is essentially how much BTC is locked in public Lightning channels. Because an estimated 30% of channels are private, determining the network’s true value is difficult. However, we can see that public capacity is increasing.

When measured in USD, the network has taken a predictable hit as the price of Bitcoin has fallen. However, the total number of Bitcoins in the network is reaching new all-time highs of over 4,500 BTC (approximately $100M).

More importantly, as adoption grows, so does the ecosystem that surrounds Lightning.

Bitcoin is supported by the Lightning protocol. Core infrastructure is located on top of Lighting. A growing number of payment and financial services, as well as consumer applications, are built on top of the core infrastructure.

A variety of payment and financial services, as well as consumer apps, are built on top of the core infrastructure. Strike, for example, is based on an LND implementation that allows users to buy and sell BTC, tip creators on Twitter, and accept BTC from Shopify merchants.

A growing number of emerging consumer use cases are also built on core infrastructure. Mash, for example, aims to disrupt the creator subscription model through streaming micropayments — think of it as paying your favorite Twitch streamers a couple cents per minute you watch instead of buying a one-size-fits-all subscription. Lightning is used by Zebedee to enable in-game economies that reward players with small amounts of Bitcoin.

Users’ access to the network has grown in lockstep with the Lightning ecosystem. Access has increased from 10 million to 80 million users as a result of Cash App’s Lightning integration and El Salvador’s rollout of the Chivo wallet (the success of El Salvador’s rollout has been mixed, with research indicating that only 5% of sales in the country use BTC).

Lightning is also supported by 26 exchanges, the most prominent of which are Kraken, Bitfinex, and Bitstamp. Robinhood recently announced an integration for its 20 million+ users, and P2P marketplace Paxful supports its 7 million+ users.

Users of these exchanges can deposit and withdraw bitcoin instantly and cheaply to and from any Lightning wallet, increasing the speed and lowering the cost compared to a typical BTC transaction.

Funding is also increasing, with OpenNode raising a Series A at a valuation of $220 million and Lightning Labs raising $70 million for its Series B. Notably, former Meta’s crypto initiative head David Marcus’s Lightspark raised an undisclosed Series A to build Lightning infrastructure for businesses, developers, and merchants.

The potential, funding, and momentum are all present, but significant obstacles remain. The main reasons for this are a lack of developer tooling, a high demand for payment use cases, technical obstacles, onboarding difficulties, and compliance and regulatory issues.

More developer tooling is still required to enable more user-friendly applications. With most people still viewing Bitcoin as an investment, we have yet to see widespread demand for it to be used for payments (use of Lightning rails for fiat payments remains a compelling opportunity).

Despite integration efforts, Lightning remains difficult for new users and merchants. Furthermore, onboarding low-income users in developing countries remains a significant challenge to delivering on the promise of Lightning remittances.

Finally, the absence of compliance and regulatory frameworks limits existing payment and banking service providers’ ability to onboard and serve a global customer base.

Lightning, which debuted in 2018, is still in its early stages. With only about $100 million invested, it pales in comparison to Ethereum’s billion-dollar layer-2 networks, Arbitrum and Optimism. When compared to the more speculative activity driving much of the growth on smart contract platforms, lightning payment activity is more indicative of real-world utility.

Despite its humble beginnings, the potential to convert crypto’s most valuable asset into a true medium of exchange has the potential to expand financial inclusion to anyone with a smartphone. The ability to route fiat transactions over Lightning rails at a low cost without users realizing they’re using Bitcoin has the potential to disrupt $150 billion* per year industries.

Lightning could be for crypto what Visa and MasterCard are for fiat currencies. The combination of a globally accessible payment network and the world’s first open-source money protocol can aid Bitcoin’s evolution into a true global reserve currency. If this occurs, developing countries with high inflation and more smartphones than bank accounts are likely to lead the way.

Despite some issues, it’s difficult not to be encouraged by the Lightning Network’s recent growth — particularly in the last six months. It’s worth noting that this growth is occurring during a bear market, when Bitcoin fees are low. In the event of a future bull market, we may see an increase in Lightning activity as fees on the base chain rise, sending users looking for cheaper ways to transact.

If the Lightning Network continues to grow, it will have a significant impact on the future utility and value of Bitcoin, world’s oldest and most valuable digital asset.

When venturing into crypto trading, individuals may see high potential for high returns in instances that require more startup capital...