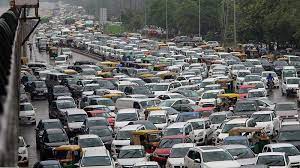 by Jay Speakman
in Education
Reading Time: 6 mins read
0
Share on FacebookShare on TwitterShare on LinkedinShare via WhatsappShare via Email

Who doesn’t love being stuck in a traffic jam, especially when you’re in a hurry? At times like these, you might think about more road construction to break the gridlock. Surprisingly, this quandary has a cryptocurrency counterpart known as the scalability issue.

This happens when a blockchain network’s capacity reaches a certain limit. In the case of cryptocurrency, it occurs when a large number of people attempt to transact at the same time.

These staggering figures only serve to demonstrate that an increasing number of people are becoming interested in various cryptos. And as more transactions are completed, the blockchain network becomes busier. This is where the issue of scalability comes into play.

Take, for example, the Ethereum network. High demand on the Ethereum blockchain results in slower transaction speeds and nearly unsustainable ETH gas prices. The same is true for Bitcoin’s blockchain, which must deal with a large number of transactions at once.

A Layer 2 scalability solution was developed to improve the network’s operational efficiency and processes.

If the cause of the road congestion is a scalability issue, additional access roads and streets will be added as Layer 2. This is the term used to describe the solutions developed and designed to aid in the scaling of a blockchain network.

We previously stated that when a network is extremely busy, transaction speed and processes may be slowed, and transaction costs may increase. These are the issues that Layer 2 attempts to resolve. To better understand how Layer 2 works, let’s first discuss the layer that comes before it—Layer 1.

Layer 1 or the main chain is the standard or base consensus layer in the crypto space. Almost all transactions take place and are settled here. The Bitcoin network, Ethereum network, and other crypto networks are examples. Consider it a highway through which nearly all cars and other vehicles traveling in a specific direction pass.

When the number of cars on the road increases, the problem of traffic congestion begins. The same is true for transactions that enter and exit the blockchain network, necessitating the need for scaling solutions.

Some Layer 1 scaling solutions include consensus protocol improvements, where the terms Proof of Work (PoW) and Proof of Stake (PoS) may appear more frequently. The other method is sharding, in which the entire blockchain network is divided into distinct datasets known as “shards.”

If a network requires a higher number of transactions completed per second or lower fees—or possibly both—Layer 2 solutions can be an excellent choice.

Layer 2 is simply another layer atop Layer 1. The advantage is that it does not require any changes to Layer 1, which means that the base layer’s systems and processes will not be disrupted or altered. Layer 2’s goal is to help Layer 1’s capability by handling transactions off-chain.

This means that the Layer 2 solution must be capable of offloading work, reducing overall congestion, and avoiding single points of failure. Transaction speeds and user experience will not be jeopardized as a result, but will instead run smoothly and securely—exactly as they should.

The Bitcoin main chain has a capacity of 3 to 7 TPS, which is far less than Visa’s 20,000 TPS. On the other hand, Bitcoin’s network is undeniably more secure because it is decentralized and every transaction must be approved, mined, distributed, and confirmed by multiple nodes or the data keepers of a blockchain infrastructure.

Layer 2 scaling solutions were developed to increase the network’s speed and efficiency while maintaining its dependable security and integrity. These are some examples:

This is a separate blockchain that runs in parallel to the main chain and is compatible with the Ethereum Virtual Machine (EVM). It communicates with Ethereum via two-way bridges and has its own consensus and block parameters.

When consensus is reached, these execute transactions outside the main chain and post the data to Layer 1. Rollups are classified into two types: ZK-rollups and optimistic rollups.

Optimistic rollups, on the other hand, make no computations and instead propose the new state to the main chain or “notarize” the transaction. Because computation is the most expensive aspect of using Ethereum, optimistic rollups are ideal for lowering gas costs.

This is intended for the Ethereum network and is built with smart contracts and Merkle Trees—a method of organizing massive amounts of data in a more straightforward manner. Plasma allows for the creation of an infinite number of side chains, or smaller replicas of the Ethereum network.

Now that you know what Layer 2 scaling solutions are, let’s look at some examples in the crypto world.

The Bitcoin Lightning Network is a decentralized system that enables users to make low-cost, high-volume micropayments in real time. This payment protocol is one of the most commonly used channels for quick and simple Bitcoin transactions.

Loopring develops its own projects using open-source smart contracts from Ethereum. It was designed to address the issues that centralized and decentralized exchanges face by allowing investors to keep their investments in their own wallets while completing trades in a centralized manner.

Polygon provides development in the Ethereum network’s security as well as for developers. It includes tools that developers can use to create optimized Ethereum-based technologies.

Improvements to the affordability of Ethereum transactions are featured in Optimism. In addition, Optimism improves transaction speed for Ethereum users.

Beyond the second layer, Blockchain’s Layer 2 unquestionably provides numerous benefits to both the network it supports and its users. As we previously discovered, the development of Layer 2 addresses the increasing load on various crypto networks, including Bitcoin and Ethereum.

As more avenues for crypto transactions open up, an increasing number of people will be able to experience the incredible potential that digital coins have to offer. It should come as no surprise that other networks will soon provide more accessible, faster, and cheaper crypto transactions.