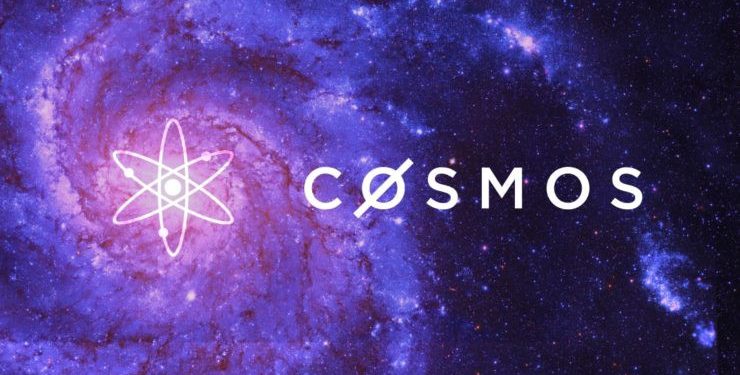 Cosmos is a cryptocurrency project that seeks to build networks or an “internet of blockchains” that will streamline the sharing of data and transactions. Open-source tools allow developers to quickly build blockchains without having to build them from scratch. Cosmos was founded in 2019 by Cornell computer scientist Jae Kwon.

What exactly is Cosmos?

Cosmos, touted as the “Internet of blockchains” by its founding team, aims to build a blockchain network linked together by open-source tools that streamline between-chain transactions.

This emphasis on customizability and interoperability sets Cosmos apart.

Rather than focusing on its own network, the company’s goal is to create an ecosystem of networks that can share data and tokens programmatically. There is no central party facilitating the activity.

Each new independent blockchain created within Cosmos (zones) is then tethered to the Cosmos Hub, This keeps track of each zone’s state and vice versa.

The Cosmos Hub is a proof-of-stake blockchain. Cosmos is powered by the ATOM cryptocurrency.

Cosmos and the ICF

In 2017, the Interchain Foundation held a two-week initial coin offering (ICO) of the ATOM token, raising over $17 million. Tendermint Inc. raised $9 million in 2019 to continue development of the project.

How does Cosmos function?

The Cosmos network is divided into three layers:

Cosmos relies on a set of open-source tools to connect all of the layers and allow developers to build blockchain applications.

The Tendermint BFT engine, the part of the network that allows developers to build blockchains without having to code them from scratch, is the most important component of this layered design.

Tendermint BFT is an algorithm used by the Cosmos network of computers to secure the network, validate transactions, and commit blocks to the blockchain. It communicates with applications using the Application Blockchain Interface protocol.

Participants must first stake ATOM in order to power the blockchain and vote on changes. To become a validator, a node must rank among the top 100 nodes staking ATOM. The amount of ATOM staked determines voting power.

Users can also delegate their tokens to other validators, allowing them to vote while still earning a portion of the block reward.

All are incentivized to perform honestly because they can easily switch between the validators to whom they delegate ATOM based on their voting preferences.

Zones and the Cosmos Hub

Each zone in Cosmos is capable of performing its essential functions on its own. Authenticating accounts and transactions, creating and distributing new tokens, and making changes to its own blockchain are all part of this.

The Cosmos Hub is in charge of facilitating interoperability between all of the network’s zones by keeping track of their states.

The Inter-Blockchain Communication protocol (IBC) connects zones to the Cosmos Hub, a mechanism that allows information to travel freely and securely between each connected zone.

When a zone is linked to the Cosmos Hub, it becomes interoperable with all other zones linked to the hub, allowing blockchains with vastly different applications, validators, and consensus mechanisms to exchange data.

The team at Cosmos also created a software development kit (SDK), which allows developers to create blockchains based on the Tendermint consensus algorithm more easily.

SDKs reduce complexity by providing the most common functionality found in blockchains, like staking, governance and tokens.

Developers can simply create plugins to add any extra features. They don’t have to reinvent the wheel and instead can just plug and play the most common functions on the chain.

Cosmos is a cryptocurrency project that I’ve been following for a while. Interoperability is one of the most valuable use cases in cryptocurrency, and appears to be on the path to truly becoming the “internet of blockchains”. Cosmos (ATOM) was trading at $36.79 at the time of this article. Cosmos has a market cap of $9.9B and is currently ranked 17th by market cap overall.

Disclaimer: The author holds Cosmos (ATOM) as part of his portfolio.