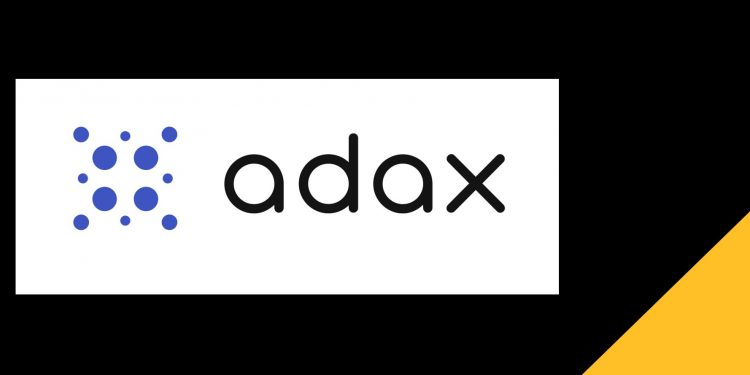 What Is Adax? Premium DEX For Cardano

by Aaron Moses
in Technology
Reading Time: 5 mins read
0
Share on FacebookShare on TwitterShare on LinkedinShare via WhatsappShare via Email

Since the launch of the Cardano Smart Contracts in September, more and more projects are launching on the Cardano network. One of these projects is ADAX, a blockchain dApp that aims to be the premium DEX for the Cardano protocol.

In a recent press release, the company sounded extremely confident about their vision for their company’s future. An excerpt reads:

“The foundation of ADAX was built based on Cardano’s vision of a blockchain platform for pioneers, creators, and innovators to serve the Cardano community with a state-of-the-art decentralized exchange protocol.”

ADAX is a decentralized exchange (DEX) built for the Cardano network. The company held a public IEO (Initial Exchange Offering) on ExMarkets which they say sold out in just a few days.

A neat feature within the ADAX DEX is the ERC20 token convertor. An ERC20 token is a native Ethereum token built with solidity. This feature allows you to convert your Ethereum to Cardano “with just a few clicks”. It also allows you to have access to the Cardano network easily without having to send your Ethereum to a centralized exchange. The team says in regards to their ERC20 bridge, “It’s a no brainer.” No doubt they are smart to realize that Ethereum is not going to disappear.

The bridge will be a neat feature within the ADAX DEX and will bring a large volume of Ethereum users to their interface. According to the website, the bridge feature will be release in Q1 of 2021. This roadmap should be on track now that Cardano has successfully launched their smart contracts. The bridge also comes with a two way convertor. Which means if users wish, they can turn their Cardano back to Ethereum.

All fees involved in the ADAX exchange go straight to liquidity pools and their is no network fee. Another interesting feature which the company discusses on their website is dealing with liquidity risk. Meaning, it is risky for investors to provide liquidity for low volume assets. They claim the risk is not worth the reward to hold and stake these low volume tokens for liquidity. They say:

“ADAX works on a different model that will address these concerns.”

They have not yet released any specifics on how they plan to do this.

The ADAX team has chosen the Cardano network over Ethereum because of the slow transaction times and high fees on Ethereum. And as a DEX, ADAX highly values DeFi. In their whitepaper they say:

“In this way, decentralization is not just about user privacy but also about eliminating the risk of asset loss in an improbable event of exchange security being compromised.“

Currently, ADAX is in phase two of three of their roadmap. This means they prepared for the launch of the Cardano Smart Contracts which happened back in September and are now preparing the launch of their own platform.

How to buy ADAX?

As ADAX is running on the Cardano blockchain there are not many places that you can buy the ADAX token yet. ADAX is currently only available on the ExMarkets exchange. It is likely though that it will be listed on other exchanges soon.

If you want to buy ADAX now you can sign up for ExMarkets here.

ExMarkets allows you to trade ADAX for USDT, ADA, BTC and ETH.

ADAX was launched in July 2021on the Cardano Blockchain and hit its all-time high to $2,20 in September with the launch of the Cardano Smart Contracts. Since then the price has been in decline. The max supply of ADAX is set at 100 million token.

Many other DEXs made exponential gains within their first months. However, the market is totally different than it was even a couple of months ago. Will DEXs be a powerhouse for gains like they have in the past? It’s possible. The adoption of the ADAX platform, however, hinges on the success of Cardano.

If you enjoyed this article, you might also want to check out Kusama, Cardano and Ethereum upgrades might fuel Bitcoin price.

APENFT Expands Into GameFi with WINkLink