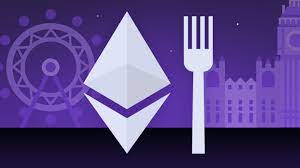 What Is A Blockchain Fork?

If you have spent some time in the blockchain and crypto industry you have most likely come across the terms soft fork and hard fork. But what exactly is a blockchain fork? We will discuss this in more detail in this article.

Bitcoin, Ethereum and other cryptocurrencies are powered by a blockchain, which is a decentralized, open software that anyone can contribute to. Blockchains are so-called because they are literally made up of blocks of data – imagine a really long chain – that can be traced all the way back to the network’s first transaction. They also depend on community involvement to maintain and develop their underlying code because they are open source.

A fork in the development road

A fork occurs when a community modifies the blockchain’s protocol, or basic set of rules. When this happens, the chain splits, resulting in a second blockchain that shares all of the original’s history but is heading in a different direction.

Some good examples are Ethereum and Ethereum Classic or Bitcoin and Bitcoin Cash.

You can learn more about Bitcoin Cash here.

Why are forks important?

Most digital currencies have independent development teams in charge of network changes and improvements, much like how changes to internet protocols allow web browsing to improve over time. As a result, a fork may occur to improve the security of a cryptocurrency or to add new features.

However, the developers of a new cryptocurrency may use a fork to create entirely new coins and ecosystems.

Think of a soft fork as a blockchain software upgrade. As long as all users adopt it, it becomes the new set of standards for a currency. Soft forks have been used to add new features or functions to both Bitcoin and Ethereum, typically at the programming level. The changes are backward-compatible with the pre-fork blocks because the end result is a single blockchain.

A hard fork occurs when the code changes so drastically that the new version is no longer backward-compatible with previous blocks. In this case, the blockchain divides into two parts: the original blockchain and a new version that adheres to the new set of rules. This results in the creation of an entirely new cryptocurrency – and is the source of many well-known coins. Cryptocurrencies such as Bitcoin Cash and Bitcoin Gold arose from the original Bitcoin blockchain as a result of a hard fork.

Why do forks happen?

Blockchains, like all software, require updates for a variety of reasons, as for example:

How are forks impacting  the crypto market?

The Ethereum blockchain is intended to run “smart contracts,” which are pieces of code that execute a set of predetermined actions when certain criteria are met. From games to logistics tools to DeFi dapps, smart contract applications cover a wide range of topics.

The Ethereum blockchain can be compared to a computer’s operating system as the platform that runs all of these applications. In that sense, Ethereum forks – Ethereum, Ethereum Classic, and Ethereum 2.0 – are analogous to newer versions of an operating system that add features or efficiencies that previous versions may have lacked.

For more information on the different incarnations of Ethereum see our article on Ethereum vs Ethereum Classic.

Look at forks this way

An older fork may continue to be a stable, well-proven platform, whereas a newer fork may provide developers with entirely novel ways to interact with it. (Older and newer versions may eventually merge or continue to evolve separately.)

Consider a soft fork to be a ‘software upgrade’ (similar to when your phone prompts you to update to the latest OS) and a hard fork to be an entirely new operating system (like Linux and Mac OS are evolutions of the half-century old UNIX platform).

7 Hot NFT Games You Should Know About