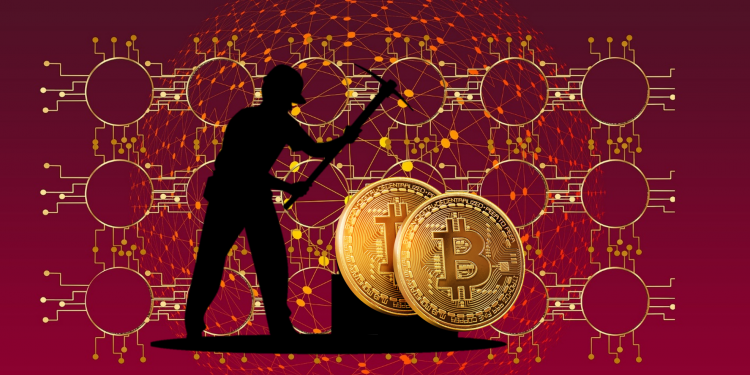 What Happens After All Bitcoin Has Been Mined?

Bitcoin is in freefall, down over 50% from an all time high in November so what better time than now to find out what happens after all bitcoin has been mined.

Bitcoin is a digital asset and a payment system created by a mysterious individual (or individuals) known as Satoshi Nakamoto in 2009. Transactions are verified by network nodes through cryptography and recorded in a public decentralized ledger called a blockchain. Bitcoin is unique in that there are a finite number of them capped at 21 million and this number is hard-wired into Bitcoin code-meaning it can never be changed.

At the time of this writing, there were just over 19 million Bitcoins in circulation. That means there are only 2 million left to be mined. When all the Bitcoins have been mined, what happens to the protocol? Will it continue to function as it does now? Or will something else happen?

When all 21 million Bitcoins are mined, that will be the end of the supply. No more new Bitcoins will ever be created. Ever.

This could happen as early as 2140, though some estimates say it won’t happen until 2160 or later. What is known is the total supply, which is capped at 21 million.

So, what happens after all the Bitcoins are mined?

No new Bitcoins will be issued after the maximum number of Bitcoins is reached, even if that number is ultimately slightly less than 21 million. Bitcoin transactions will continue to be pooled and processed, and Bitcoin miners will be rewarded, but most likely only with transaction processing fees.

Bitcoin reaching its upper supply limit is likely to have an impact on Bitcoin miners, but how much depends on how Bitcoin evolves as a cryptocurrency. If the Bitcoin blockchain processes a large number of transactions in 2140, Bitcoin miners may still be able to profit solely from transaction processing fees.

If Bitcoin in 2140 is primarily used as a store of value rather than for daily purchases, miners can still profit—even with low transaction volumes and the disappearance of block rewards. Miners can charge high transaction fees to process high-value or large batches of transactions, with more efficient “layer 2” blockchains like the Lightning Network collaborating with the Bitcoin blockchain to facilitate daily Bitcoin spending.

How does this impact Bitcoin miners?

For starters, transaction fees will likely increase. Right now, miners are paid based on the number of Bitcoins they mine. But once all 21 million have been mined, they’ll only be paid by transaction fees.

This could cause problems for Bitcoin’s scalability. As more and more people use Bitcoin, transaction fees will likely increase. If Bitcoin is used for small transactions (like buying coffee), the fees could become too expensive.

To prevent this, the Bitcoin community is working on a second-layer solution called the Lightning Network. The Lightning Network would allow for smaller transactions to be made off-chain. This would make Bitcoin more scalable (and faster) and could help keep fees low.

Since Bitcoin’s inception in 2009, nearly 19 million Bitcoins, or 90% of the total, have been mined. Nonetheless, current estimates indicate that the final Bitcoin will not be minted until around 2140.

The rate of new Bitcoin mining is expected to slow over time. Every 210,000 blocks, the reward for mining each block of Bitcoin, which is done every 10 minutes, is cut in half. This occurs roughly every four years. The reward per block had decreased from its initial reward of 50 BTC per block in 2009 to just 6.25 Bitcoin by 2022.

To date, El Salvador is the only country that has made Bitcoin legal tender. El Salvador became the world’s first country to adopt Bitcoin as legal tender in September, attracting global media attention but also criticism from the opposition and the International Monetary Fund (IMF), which warned the country not to make Bitcoin legal tender due to the risks associated with the cryptocurrency’s volatility. To raise funds, the country is now issuing Bitcoin-backed “Volcano Bonds“.

However, no new Bitcoins will be created once the 21-million coin limit has been reached. Reaching this supply limit is likely to have the greatest impact on Bitcoin miners, but Bitcoin investors may also suffer as a result. At the time of this article the price of Bitcoin (BTC) was $31,443, down over 50% from an all time high reached in November 2021 of $68,000 yet remains the most popular cryptocurrency by a wide margin.