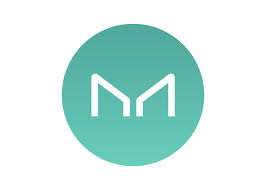 What Does MakerDAO Do?

This post will examine Maker, the governance token at the heart of MakerDAO.

MakerDAO created the Maker (MKR) token to support the stability of MakerDAO’s DAI token and to enable governance for the Dai Credit System. MKR holders make critical decisions about the system’s operation and future.

MKR and DAI are the tokens used by MakerDAO. The DAI is a stablecoin that aims to be a viable alternative to more volatile cryptocurrencies as well as a new type of financial system. Meanwhile, the MKR is used to keep the DAI stable. To keep a cryptocurrency stable, traditional stablecoins use reserves of fiat currencies or even gold to peg it to the value of these real-world assets. However, this has proven to be difficult. MakerDAO employs the MKR token as a hedge against price fluctuations.

The MKR token contributes to the value of its partner stablecoin DAI remaining constant at $1. To maintain DAI’s dollar-equivalent value, MKR can be created and destroyed in response to price fluctuations in DAI. DAI employs a collateralization system (basically insurance), in which holders act as part of the controlling mechanism to help manage the network.

DAI is issued when buyers acquire a smart contract-based collateralized debt position (CDP), which functions similarly to a loan. CDPs are purchased with Ether (ETH), and DAI is given in exchange. ETH serves as collateral for the loan in the same way that a house serves as collateral for a mortgage loan. Individuals can, in effect, obtain a loan against their ETH holdings thanks to the system. The DAI is “burned” or destroyed when the loan is repaid. Fees in MKR are incurred along the way.

The MKR token is a workaround for when the price of ETH drops too quickly for the DAI system to handle. If the collateral system is insufficient to cover the value of DAI, MKR is created and sold in the market to generate additional collateral.

The Maker Platform, formerly known as MakerDAO, is the DAI and MKR protocol and governance framework. On the Ethereum blockchain, the platform is a decentralized autonomous organization (DAO).

What Can I Do with MakerDAO?

MKR holders are granted voting rights in the Maker platform’s continuous approval voting system. MKR holders have a say in matters such as the collateralization rate of CDPs. They receive MKR fees as a reward for participating.

These holders are rewarded for voting in ways that benefit the system. MKR’s value is maintained or increases if the system works properly. MKR’s value would be depreciated as a result of poor governance.

MKR is an ERC-20 token built with Ethereum’s protocols. It can be stored in ERC-20 wallets and traded on several exchanges.

Rune Christensen, a developer and entrepreneur, founded MakerDAO in 2014 in California. It has a core management and development team of 20 people. MakerDAO launched the stablecoin DAI in 2018.

MakerDAO hopes to create a stablecoin in DAI as well as a credit system that is fair to everyone. DAI can provide liquidity against crypto-assets by opening a collateralized debt position (CDP) with Ether.

MakerDAO’s future efforts to create a stablecoin without the need for reserve backing are credible. MakerDAO has a system in place to protect the value of its stablecoin DAI, which could lead to its wider adoption, thanks to the collateralization mechanisms and the additional failsafe of MKR.

MakerDAO has an additional failsafe mechanism known as “global settlement.” If something goes wrong with MakerDAO’s system, a group of people possess settlement keys. These can be used to initiate a settlement in which collateral held in CDPs is released to DAI owners in the form of Ether.

MakerDAO also prioritizes transparency, posting regular meeting recordings online. As DeFi, or decentralized finance, became one of the year’s biggest success stories, MakerDAO and its MKR token are at the forefront of this expanding industry.

KPMG Canada Adds Bitcoin and Ethereum to Its Corporate Treasury