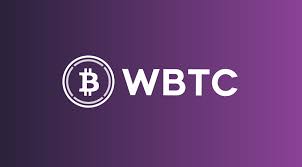 by Jay Speakman
in Education
Reading Time: 6 mins read
0
Share on FacebookShare on TwitterShare on LinkedinShare via WhatsappShare via Email

How can we have an interoperable ecosystem of data and information when two blockchains like Bitcoin vs Ethereum don’t communicate with each other? The answer is “wrapped tokens”.

Wrapped tokens are a type of cryptocurrency that offer additional features and benefits over standard tokens.

They are called wrapped tokens because they wrap the standard token, such as WBTC (Wrapped Bitcoin) with additional features.

For example, you can use a wrapped Bitcoin token on the Ethereum blockchain.

Wrapped tokens are also backed 1:1 by their underlying asset. This means that if you have a wrapped Bitcoin token, you also have 1 Bitcoin stored in a digital vault.

How are wrapped tokens used?

So, we know that wrapped tokens are digital representations of another underlying asset. For example, wrapped BTC (WBTC) is a wrapped version of Bitcoin that runs on the Ethereum network.

Similarly, wrapped ETH (WETH) is a wrapped version of Ethereum that runs on the Bitcoin network. In essence, wrapped tokens are like bridge assets that allow users to transact with different cryptocurrencies on different blockchains.

The idea of an interoperable ecosystem in which data and information can be easily exchanged is at the heart of many blockchain protocols. While individual blockchains are protected by their own algorithms, they all share some basic functionality such as security measures or recording contracts between two parties who agree on something important through writing it down onto a digital ledger called “blockchain.”

One advantage of wrapping tokens is that they can help to increase the liquidity of a cryptocurrency. By representing a cryptocurrency on another blockchain, wrapped currencies make it easier for users to trade the underlying asset across exchanges. In addition, wrapped tokens can also help to create new markets for an asset by making it accessible to a wider range of investors and traders.

Another advantage of wrapped tokens is that they can help to reduce the risk of holding a cryptocurrency.

For example, by wrapping BTC on Ethereum, users can take advantage of Ethereum’s smart contract functionality to create contracts that automatically send BTC to a designated address if certain conditions are met. In this way, wrapped tokens can help to mitigate the risks associated with holding a cryptocurrency.

In simple terms, wrapped tokens are a way to use cryptocurrencies such as Bitcoin or Dogecoin on blockchains other than the blockchain they were originally built on. For example, you could use a wrapped token to transact on the Ethereum blockchain using Bitcoin.

Wrapped coins are backed by their underlying asset at a ratio of one-to-one. This means that for every wrapped token in circulation, there is an equivalent amount of the underlying asset being stored in a digital vault.

What distinguishes a wrapped token is not simply that it is pegged 1:1 to the price of another asset. It’s the technology behind it, as well as how its value is supported and maintained. That’s why WBTC and WETH, the wrapped versions of bitcoin and ethereum, are so popular because they are the most valuable cryptocurrencies.

How do wrapped tokens function?

Wrapped tokens are produced and destroyed through processes known as “minting” and “burning.” To create a token like WBTC, the underlying asset, in this case BTC, is sent to a custodian, who stores it in a digital vault. Once the underlying BTC is secured, an equivalent amount of WBTC can be created.

This procedure is also known as “wrapping.” A smart contract is used to “wrap up” the underlying asset in a digital vault, and a newly wrapped asset is minted for use on another blockchain.

The same procedure is used to burn WBTC, but in reverse. The WBTC is removed from circulation, and the equivalent amount of BTC is released from the digital vault and returned to the market.

Because of this minting and burning, or wrapping and unwrapping, all wrapped tokens, from WBTC to renDOGE (a wrapped version of Dogecoin), are backed by an equivalent amount of their underlying currency. For every 100 renDOGE minted, 100 DOGE are held in reserve to back the value of the wrapped token.

Wrapped tokens enable interoperability between blockchains, allowing users to easily transfer assets and access features and applications on other blockchains. These benefits could include faster transaction times, lower fees, or yield farming opportunities.

While the amount of WBTC in circulation has steadily increased, bridges—a solution that allows you to wrap your own tokens in order to move them across blockchains—have proliferated.

Bridges have been the target of a number of hacks, so this comes with some risks.

With wrapped cryptocurrencies, we now have a way to bridge different blockchains and allow them to communicate with each other. This is a hugely important development that could pave the way for mass adoption of blockchain technology.

What’s next for wrapped tokens?

The industry faces a challenge in achieving interoperability between different blockchains.

One issue is that as more blockchains are created, the number of bridges required to ensure that assets on one blockchain can easily transfer to another grows exponentially.

To make bridging assets between blockchains easier and more efficient, solutions are being developed. One method is to use a bridge hub, which is a central bridge to which all other blockchains connect. Darwinia, a cross-chain bridge hub being built on Substrate, is an example of this.

Bridges and wrapped tokens are expected to remain an important part of the interoperability solution for the foreseeable future. They are an excellent solution to the problem of moving across different blockchains.

Besides, other wrapped assets can be used with various methods; however it’s important for traders and investors alike that one does research into these types before purchasing them because there could potentially be more risk than reward in holding onto such admittedly volatile markets – so make sure you diversify and as always, never invest more than your are willing to lose. That’s a wrap!