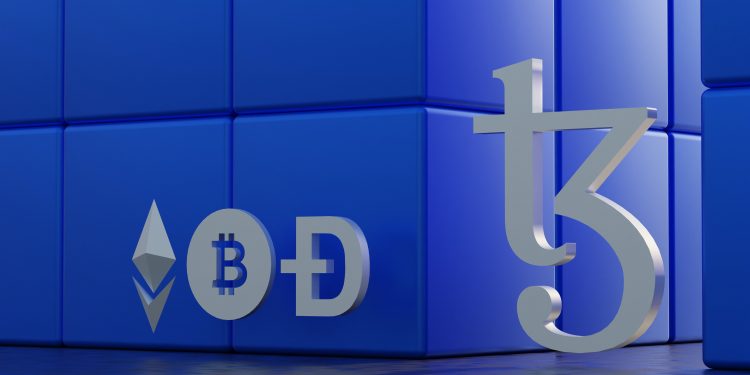 by Jay Speakman
in Education
Reading Time: 8 mins read
0
Share on FacebookShare on TwitterShare on LinkedinShare via WhatsappShare via Email

If you’re wondering what blockchain nodes are, we’ve got you covered. This article will discuss the various types of blockchain nodes and their functions. You’ll also discover the costs of operating a blockchain node. After reading this article, you’ll be well-equipped to start deploying and managing your own node and perhaps even making some passive income if you so choose.

Blockchain nodes are part of the network of decentralized ledgers. They verify the legitimacy of a transaction, store its blocks and broadcast the history of transactions to other nodes. Blockchain nodes may be online or offline.

An online node receives new blocks when they are connected to the internet, while an offline node has to download all blocks that have been added to the blockchain since it went offline. This process is known as synchronizing with the blockchain.

A node is a computer that is connected to a network. Nodes can perform specific tasks or execute specific commands. Different nodes have different functions, depending on the protocol.

In a resident network, for example, there may be a file server, three laptops and a fax machine. All of these systems are nodes, and each one has a MAC address.

Bitcoin’s network is the most decentralized and secure of all the cryptocurrencies. You can use Bitcoin to send and receive money without a middleman. The blockchain keeps track of all transactions between two entities and allows anyone with a computer to view them.

No central authority controls the network, and all transactions are recorded in real time. Even if one party fails to verify a transaction, it will be recorded on the blockchain and automatically closed.

On the blockchain consensus rules

A blockchain is a distributed ledger that is governed by consensus rules. The more full nodes in the network, the more resilient the system is against systemic crashes and power outages. Because nodes are distributed across multiple devices, a single corrupt entity cannot wipe out the entire blockchain at once.

Basically, a node is a computer with a file of transactions. If two government accountants work for the same government, both of them would have the same file. A computer sends the transaction e-mail to both of them. The first one to validate it will hit “REPLY ALL” and attach the logic necessary to verify the transaction. This process is called “proof of work”.

There are several different types of nodes. Some are master nodes, which are far more powerful than regular nodes. They are used in several blockchains to help verify transactions, broadcast them, and preserve the blockchain. These nodes usually operate 24 hours and are much larger than regular nodes. They require large amounts of RAM, so they require significant resources to operate and maintain.

Blockchain nodes are the backbone of any blockchain network. They store data, verify it, and broadcast it to other nodes. They can be either full or lightweight. Each type of node serves a different purpose. A full node stores all blockchain transaction history. A light node only stores the headers of blocks.

Depending on the hardware configuration and the network’s resources, one machine can support multiple nodes. However, it is recommended that you avoid running more than 80 percent of the node capacity on a virtual private server. By knowing about the different types of nodes, you can design secure and cost-effective applications.

Full nodes perform the same function as light nodes but can also add blocks to the chain. Full nodes typically contain a wallet for coins and may perform other functions. They may also be involved in transaction validation and bitcoin network routing. In many cases, an organization accepting bitcoins would need to validate transactions more quickly.

Full nodes are the backbone of the blockchain network. They are responsible for the verification of transactions and keeping the blockchain updated. They also communicate the status of the network to other nodes.

Blockchain nodes are devices that connect to a blockchain network and perform various functions. They accept transactions, validate blocks, and store data on top of existing blocks. The term “node” is used frequently in the blockchain industry, and has a variety of definitions. Depending on the protocol and the use case, nodes perform different functions.

Blockchain nodes are similar to servers on the internet. They perform various tasks, but they all play a part in maintaining the network. There are two main types of nodes: full nodes and light nodes.

A full node is a server for a particular blockchain. It validates and submits new blocks of transactions, and it has the authority to accept and reject blockchain upgrades.

Full nodes are the most common type of blockchain node, and they store the entire blockchain database. There is also no limit to how much data they can store.

There are further categories of blockchain nodes, including miner nodes, archival full nodes, and masternodes. These types of nodes can also control the access of other nodes.

Nodes are also useful for developing dApps and many blockchains have thousands of nodes in operation at once. Since there is such a high demand for blockchain nodes, there has been an increase in providers of these services.

However, choosing a quality node can be a challenge. Moralis, for example, supplies developers with its Speedy Nodes service.

The NEAR Protocol proposes implementing sharding to solve this problem.

A blockchain node is an essential part of the infrastructure. It helps the network remain secure and is a valuable tool for dApp developers. It can help them deploy contracts and monitor user balances. Different kinds of nodes have different functions. These include full nodes and archive nodes. For developers, these nodes are essential.

To change the network’s working mechanism, blockchain nodes must vote. In Ethereum, for example, a majority of the nodes must agree to carry out the change, or upgrade the blockchain.

Cost of running a blockchain node

If you are considering starting a blockchain node, it is a good idea to know how much it will cost to run one. It will vary depending on the type of node you choose, but there are a few things you can do to keep the cost to a minimum. Ideally, you should choose an unmetered internet connection with a large upload limit.

A full node will use approximately 200 GB of upload and download bandwidth per month. You can run a full node for up to six hours a day. Alternatively, you can use a dedicated Raspberry Pi with a large enough storage capacity, and this is a less expensive option.

Running your own blockchain node

Running a full node requires a lot of time, energy, and hardware. In addition, setting up and maintaining the node can be a complicated process. Node service providers offer infrastructure and APIs to make the process easier for you.

Once you have a node installed, you need to start syncing with the blockchain. This requires setting up an account with AWS or Google Cloud. It’s also important to set up a virtual machine to speed up the connection and syncing with the cloud.

Another option for running a blockchain node is setting up a Lightning node. This is a second-layer solution built on top of the Bitcoin blockchain that solves the problem of long transaction confirmation times. Instead of using a centralized network, Lightning nodes are unstructured and interconnected networks that connect a network to the main blockchain. The main network is surrounded by nodes. Lightning network nodes are used to make payments, and these nodes are usually run by individuals or corporations.

There you have it. Hopefully by now you have a better idea of what blockchain nodes are, how they operate and even how you might get involved by running your own blockchain node to produce passive income.

Did we inspire you to start your own blockchain node? Let us know what you think in the comments.