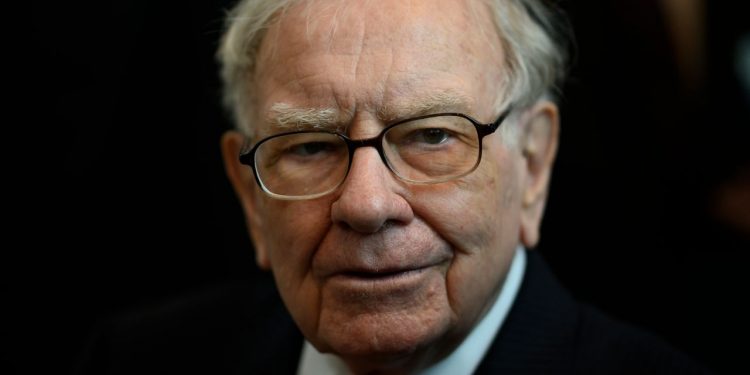 The “Oracle of Omaha” Warren Buffet sold $1.8 billion and $1.3 billion in Visa and Mastercard stocks, respectively, and acquired $1 billion worth of shares of a company whose business model supports Bitcoin. Buffet now has more companies in his portfolio with direct/indirect exposure to Bitcoin and similar cryptocurrencies.

Warren Buffett’s Berkshire Hathaway dumped part of its Visa and MasterCard holdings and invested in a Bitcoin-related business. According to details from a February 14, 2022 securities filing, Buffet’s company poured investments into buying stocks in Brazil-based Fintech Nubank. The bank is top-rated among the country’s Bitcoin investors.

Buffet is known for his cautious approach toward investing, especially in the market’s trending sectors such as Fintech. Details disclosed in the securities filing show that Buffet’s company purchased shares of Brazil’s digital bank in the fourth quarter, putting down $1 billion to get Fintech’s Class A stock. What’s more interesting is the fact that the veteran investor had for the longest time ridiculed emerging decentralized finance solutions like Bitcoin (BTC), mocking it as an asset that “does not create anything.”

Nonetheless, Berkshire’s new stake in Nubank shows that Buffett has been softening up to Fintech lately. In detail, the firm had invested $500 million in the startup in July 2021. Its returns on the said investment amounted to $150 million in December 2021 after Nubank debuted on the New York Stock Exchange (NYSE).

The change of heart in Buffet, who referred to the leading cryptocurrency as “rat poison squared “in 2020, had together with Berkshire Vice Chair Charlie Munger taken a public stance against Bitcoin in the past. The long-time business partner of Buffet said last Wednesday cryptocurrency should have been banned, calling it “beneath contempt.” He stated:

“I’m proud of the fact that I avoided it. It’s like some venereal disease […] I just regard it as beneath contempt. Some people think it’s modernity, and they welcome a currency that’s so useful in extortions and kidnappings [and] tax evasion.”

While Berkshire has not invested in cryptocurrencies directly, the companies he invested in have been gaining exposure to the world’s oldest cryptocurrency. U.S. Bancorp, Bank of America, and BNY Mellon all have exposure to cryptocurrencies in one form or the other. This year, interest in digital assets surged, with the cryptocurrency market briefly surpassing a market value of $3 trillion in November and top coins, like Bitcoin, hitting record highs. However, Munger still doesn’t see anything positive about Bitcoin as he maintains:

“Of course, I hate the Bitcoin success […] I don’t welcome a currency that’s so useful to kidnappers and extortionists and so forth, nor do I like just shuffling out of your extra billions of billions of dollars to somebody who just invented a new financial product out of thin air […] I think I should say modestly that the whole damn development is disgusting and contrary to the interests of civilization.”