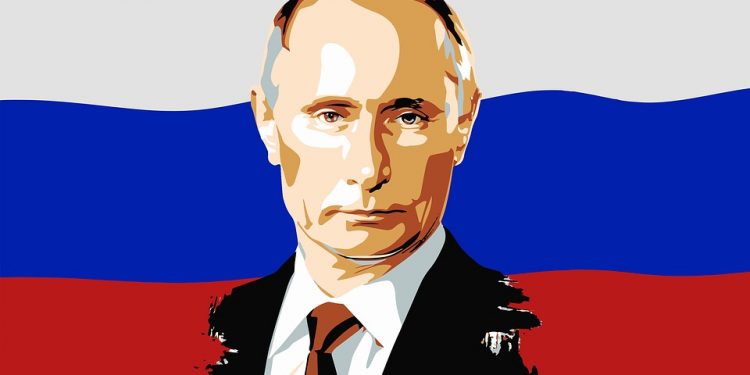 Vladimir Putin Cautious about Cryptocurrencies, but Admits They May Have a Future

The President of the Russian Federation, Vladimir Putin, has for a second time voiced his criticism for cryptocurrencies. Putin was speaking during the “Russian Calling” investment forum in Moscow. A local news portal Lenta.ru quoted the head of state saying digital assets still carried a lot of “serious risks.” The President stated:

“As for cryptocurrency, it is prohibited in some countries. It is not backed by anything, the volatility is high, and the risks are high. I also believe that we need to listen to those who talk about the high risks.”

Still in its infancy but preferred by investors

While pointing out that certain countries worldwide saw significant adoption of cryptocurrencies, Putin called for more excellent monitoring and regulation. On a positive note, though, the head of state acknowledged that cryptocurrencies might have a future. However, he emphasized that it was necessary to monitor the whole process as it develops carefully.

In a country where cryptocurrency regulation is still in its infancy but preferred by investors, the Bank of Russia remains firmly opposed to the legalization of Bitcoin and other cryptocurrencies. Nonetheless, the country’s central bank has plans to introduce a central bank digital currency (CBDC). The country would have to alter at least eight existing federal laws and five legislative codes for the digital ruble to take effect.

Vladimir Putin’s remarks come when cryptocurrencies are gaining traction in other parts of the former Soviet Union. Kazakhstan, for instance, is currently the world’s leading Bitcoin miner by hash rate. The country’s President has proposed plans to collect more taxes coming from related activities to plug the country’s budget.

Digital money could one day be employed in oil trade settlements

On the other hand, the Ukrainian government is on the upbeat mode encouraging legal crypto operations, while in Poland’s city of Olsztyn, authorities have adopted the Ethereum (ETH) blockchain for emergency services. Back in Russia, Putin’s press secretary Dmitry Peskov made it clear in no uncertain terms that Russia has no reason and is not ready to recognize Bitcoin as legal tender.

Russian President Putin to CNBC on the sidelines of the Russian Energy Forum in Moscow last October decentralized digital money could one day be employed in oil trade settlements. However, he said it was still early for that. Putin then accused the United States of undermining its currency and pointed out that U.S. dollar-denominated settlements were declining while countries were scaling down their dollar reserves.

MetaVisa Announces $5 Million of Fundraising in Seed and Private Round