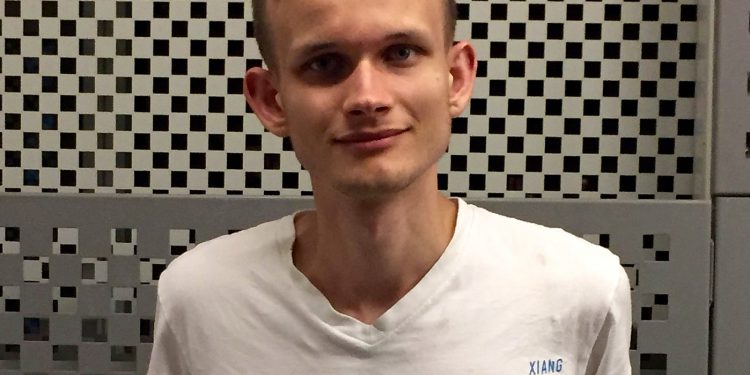 Ashton Kutcher was filming a video for his Twitter followers asking his wife, Mila Kunis, about Ethereum and DeFi. Kunis did a good job for someone who is a novice with crypto explaining these concepts. However, in the middle of the video Kutcher surprised his audience after he said:

“Hey babe. What is Ethereum?”

The camera then turned from Kunis to Vitalik Buterin who nobody expected to see. Buterin then said:

“Ethereum is a general purpose blockchain. So, unlike other blockchains like Bitcoin, for example, that are designed under one application, Ethereum is an open platform that allows people to build their own applications.”

He continues on saying:

“Because [Ethereum] supports a programming language, developers have this unlimited creativity in what kinds of things that they actually create on Ethereum. So, you can use Ethereum to create cryptocurrencies, or NFTs, or many other kinds of things.”

So, it was nice to have a real expert being able to answer Kutcher’s questions. Kutcher is no stranger to crypto either. Kutcher has a venture capital enterprise, A-Grade Investments, which has been involved in the crypto industry back in 2013 when they purchased stock for Bitpay, a cyrpto payment processor.

What else has Vitalik been up to?

But the lead Ethereum developer and founder Vitalik Buterin has been doing more than just visiting the homes of celebrities and educating them on blockchain. The Ethereum team has been working hard on Ethereum 2.0 upgrades which are set to be released throughout the remainder of 2021 and into 2022. And Ethereum’s biggest upgrade ever, EIP1559, is set to be released in the coming days.

Buterin also spoke recently at the Ethereum Community Conference in Paris. The co-founder shared some fascinating insights into his vision of Ethereum’s future. Vitalik spoke highly of DeFi, but he believes that the Ethereum community is limiting themselves by defining Ethereum simply as DeFi. He said:

“Being defined by DeFi is better than being defined by nothing. But it needs to go further. Moving beyond DeFi is not about being against DeFi. I actually think […] the most interesting Ethereum applications are going to combine elements of finance and non-finance,””

Vitalik pointed out that the Ethereum network now is used only by a select group of people. In other words, it has not received mainstream public adoption. Only one percent of the whole world population uses crypto currencies. And not even all of these people use Ethereum. Vitalik hinted that the Ethereum network will go beyond the world of finance also and enter into social media.

Vitalik’s main focus in the last couple of years has been on Ethereum upgrades that will make the network more useable with fair transaction fees that will not leave people out of the network who can’t afford to use Ethereum. But as Vitalik sees it, EIP1559 and Ethereum 2.0 upgrades are only the beginning for Ethereum. He said:

“The Ethereum ecosystem has to expand beyond just making tokens that help with trading other tokens.”

It will be thrilling to see Vitalik speak more about the new directions of Ethereum once the long-awaited Ethereum upgrades are released.

If you liked this article you might also enjoy reading: Charles Hoskinson says Ethereum will defeat Bitcoin.

What Are Stable Coins?