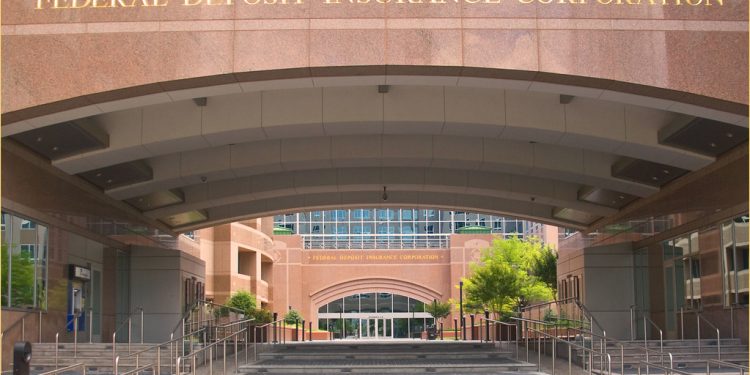 American banking regulators are reportedly developing a pathway that could allow banks to deal with cryptocurrencies as the Bitcoin adoption rate accelerates.

The Chair of the Federal Deposit Insurance Corporation (FDIC) has said that the US is developing a roadmap and more explicit rules for financial institutions on holding cryptocurrencies. Jelena McWilliams told Reuters the development would include more robust guidelines on how banks can have cryptocurrencies in custody. McWilliams said:

“I think that we need to allow banks in this space while appropriately managing and mitigating risk. If we don’t bring this activity inside the banks, it is going to develop outside of the banks […] the federal regulators won’t be able to regulate it.”

According to the FDIC Chair, the guidelines will include rules on holding crypto-assets in custody, facilitating client trading by banks, and using cryptocurrencies as collateral for loans. She also intimated that eventually, the authorities could introduce rules on financial institutions to hold digital assets on the balance sheets similar to the more traditional assets. She explained:

“My goal in this inter-agency group is to basically provide a path for banks to be able to act as a custodian of these assets, use crypto assets, digital assets as some form of collateral. At some point in time, we’re going to tackle how and under what circumstances banks can hold them on their balance sheet.”

American regulators haven’t taken a definite position on how banks in the country should handle cryptocurrencies. However, earlier in May, the authorities formed an “Intra-Agency Sprint Team” that included the Office of the Comptroller of the Currency (OCC), the Federal Reserve, and the FDIC to explore the issue. The team’s mandate was to examine the issue of regulating the cryptocurrency industry while maintaining policy cooperation between the three primary banking regulators.

Allowing banks to trade in cryptocurrencies on behalf of their clients

Nonetheless, according to a Politico report published earlier this month and made public on October 22, 2021, the Trump administration could have set a January 2021 date for allowing banks to trade in cryptocurrencies on behalf of their clients. According to Politico, the OCC is currently reviewing the report. According to McWilliams, cryptocurrency volatility was one of the biggest obstacles still standing in their way. She explained”

“The issue there is … valuation of these assets and the fluctuation in their value that can be almost on a daily basis. You have to decide what kind of capital and liquidity treatment to allocate to such balance sheet holdings.”

The current regulatory uncertainty hasn’t stopped top financial institutions from extending crypto services to their clients. MasterCard announced last Monday it would soon be allowing banks, merchants, banks, and agents to use its network to offer crypto services. Others include The U.S. Bank, Citigroup, Goldman Sachs, and Morgan Chase.