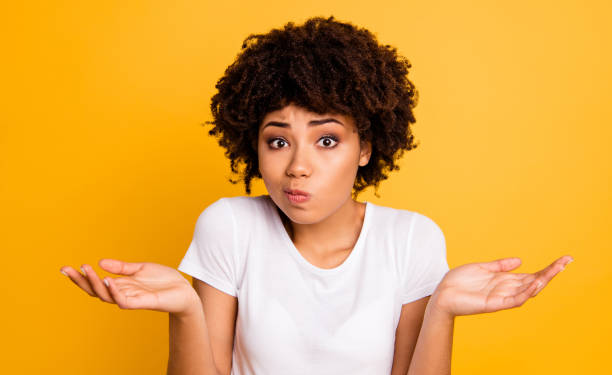 by Jay Speakman
in NFTs
Reading Time: 7 mins read
0
Share on FacebookShare on TwitterShare on LinkedinShare via WhatsappShare via Email

NFTs are hugely popular, and can be profitable investments but can also be difficult to understand. The technologies and systems that support NFTs are stunningly complex, and each piece of infrastructure is jammed with jargon. Acronyms also abound, along with project roadmaps that often seem written for math professors. With the resulting information overload It’s easy to become overwhelmed and disheartened.

We understand that entering the NFT realm can be intimidating. So we created an easy to scan guide to help you gain a better understanding of NFTs.

Any understanding of NFTS must begin with the building blocks and these blocks come in the form of chains.

Blockchains are distributed databases that are used to securely store data and information in a public manner. Blockchain-powered crypto networks, as opposed to relying on a single centralized server, store data across distributed devices (nodes) all over the world.

Finally, these distributed devices could be anything, including computers, laptops, and even larger servers. They act as the blockchain’s framework, communicating with one another to enable data storage, dissemination, and preservation without the need for a trusted third party. The blockchain, thanks to nodes, provides an immutable record — it’s a decentralized proof of ownership vehicle unlike anything we’ve seen before.

Because of its size and security, Ethereum is the primary blockchain used in the Web3 ecosystem. For the same reason, it is the most popular blockchain for NFTs. Ether is the Ethereum blockchain’s native cryptocurrency. It is used to power all blockchain transactions, including peer-to-peer payments, NFT trading, crypto gaming, and more.

Another popular blockchain that supports NFTs is Solana. Its one-of-a-kind combination of proof-of-history (PoH) and proof-of-stake (PoS) consensus mechanisms results in significantly shorter validation times. As a result, the Solana blockchain is significantly less expensive to use. Its cryptocurrency is known as SOL.

An NFT is a blockchain-based digital token of information (data). Each NFT has its own unique identification code as well as metadata. As a result, NFTs are distinct and non-interchangeable, or “non-fungible.” An NFT’s data can be linked to digital files such as photos, poems, songs, albums, videos, avatars, and more. In this regard, NFTs are most commonly used for purchasing and selling digital items (specifically, art). They can, however, be used to grant the NFT owner access to exclusive merchandise and airdrops, tickets to live or digital events, and other benefits.

A roadmap for an NFT project is similar to an investment deck. It is a document that outlines the objectives, milestones, and strategies of an NFT project in order to communicate the project’s worth and utility.

They aid in the alignment of expectations between NFT creators and NFT owners. The roadmap of an NFT project is updated with new features and releases as the project progresses. Notably, NFT roadmaps are not legally enforceable. As a result, while creators may make numerous promises in their NFT roadmaps, they are under no legal obligation to keep them.

A gas fee is the payment made by individuals to complete a blockchain transaction. These fees are typically paid in the blockchain’s native cryptocurrency to compensate blockchain miners for the computing power required to verify blockchain transactions. The price varies according to network congestion. As a result, the higher the gas fee, the more people who use the network.

Minting is the process of adding, validating, and recording an NFT to the blockchain. The NFT is now available for public consumption and can be viewed, purchased, and traded on the open market. NFTs, on the other hand, do not have to be made public and can be kept private.

A one-of-a-kind artwork or NFT is completely unique and will never be replicated. These are similar to paintings in the sense that only one exists. Because of their scarcity, 1/1s are usually much more expensive than multiple NFT editions.

A limited edition NFT collection is one in which there are only a certain number of NFTs available to be minted. Many collections have 10,000 editions.

An open edition NFT collection is one in which any number of items can be minted. However, don’t get “open” mixed up with “unlimited.” Many open editions are only available for a limited time before being discontinued.

A profile picture (PFP) NFT is a digital token or piece of artwork intended to be displayed as a person’s social media profile picture. PFPs are used in many of the world’s most popular NFT collections (such as CryptoPunks and Bored Apes).

The process of distributing NFTs or coins directly to users’ wallets, often for free, is known as airdropping. There are various types of Airdrops. Individuals may receive an airdrop in exchange for sharing a social media post or signing up for a newsletter, for example. As a thank you for their loyalty, holders of a specific NFT collection or cryptocurrency receive exclusive airdrops. Airdrops are an excellent way for blockchain projects to attract new users while also rewarding existing ones for their support.

A royalty is a fixed sum of money received in exchange for owning, creating, or licensing a work. Every time their work is sold on an NFT marketplace, many NFT creators receive secondary royalties or a predetermined percentage of the sale price. As a result, NFT creators don’t just make money when their work sells for the first time. They profit from every transaction.

A smart contract is a blockchain-based computer program. It is governed by simple “if/when…then” statements. For example, “if ‘a’ occurs, then perform step ‘b.'” When these conditions are met, the transaction is automatically executed and recorded in the blockchain. Because the transaction is immutable (it cannot be disputed or changed) and no third-party intermediaries are required to complete it, it increases transparency and trust. Smart contracts are used to assign ownership, access assets within the NFT, manage the transferability of the NFT, and so on.

A governance token is a token that serves as a democratic system for collective decision-making within a decentralized autonomous organization (DAO). Holders of governance tokens have voting rights on major decisions affecting the project’s future, such as funding allocation, key hires, creative direction, and more.

A utility token is a cryptocurrency that allows users to access (and interact with) a decentralized application or service. It is important to note that these are not financial securities, despite the fact that they are sometimes traded as such. Rather, the tokens are used within a specific project’s internal economy. The $APE token, which is associated with the BAYC NFT project, is one example.

Play-to-earn (P2E) is a type of online game in which players are rewarded with utility tokens for good game performance. These utility tokens can be used to buy virtual goods in-game and can even be converted into other crypto or fiat currencies. Axie Infinity is an example of a P2E game.

Crypto staking is the process of storing a proof-of-stake cryptocurrency in a wallet or exchange for a set period of time in exchange for interest payments. The greater the reward, the longer the crypto is staked.

2021 was the year of the NFT and things don’t appear to be slowing down as more projects and more money are pouring into the space on a daily basis. NFTs are a nascent phenomenon with new use cases and ever-expanding possibilities. This quick guide should get you started on your successful journey into the world of NFTs. There is so much more to explore and learn and we encourage you to do so. NFTs can be fun and interesting but also exercise caution if and when you decide to invest.

The 5 Best Cryptocurrencies to Buy for Less Than $1