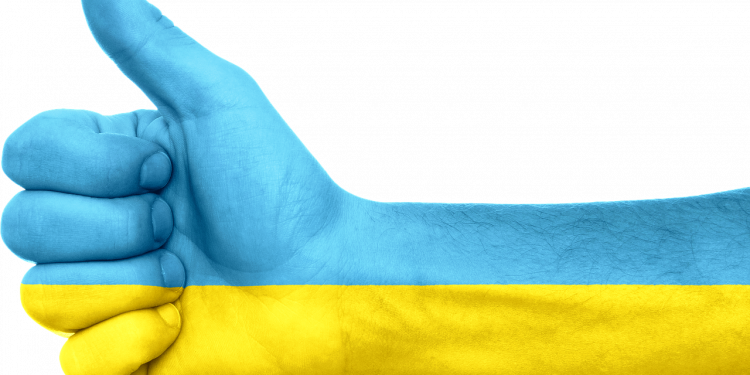 by Jay Speakman
in Politics
Reading Time: 2 mins read
0
Share on FacebookShare on TwitterShare on LinkedinShare via WhatsappShare via Email

Ukraine’s Ministry of Digital Transformation has drafted legislation to legalize cryptocurrency. The bill has cleared a significant hurdle on its way to becoming law.

The Ukrainian Parliament voted today to legalize cryptocurrency and allow crypto exchanges to operate legally in the country. Apparently, they were undaunted by the market reaction to El Salvador embracing Bitcoin as legal tender. Kudos to Ukraine!

If the bill is signed into law, banks will be free to accept crypto company accounts, while citizens who own them will have legal protections in the event of theft.

The legislation was drafted by the Ministry of Digital Transformation. It is expected to go into effect this fall after the tax code is amended and the president signs the legislation.

According to a 2019 report from the International Monetary Fund, Ukraine’s nominal GDP is not proportional to its population, ranking 23rd out of 46 countries. The Ministry hopes to increase that number by attracting crypto businesses.

“The adoption of specialized legislation, in particular, will stimulate the attraction of foreign exchanges to the Ukrainian market,” Deputy Minister Oleksander Bornyakov said in a recent press release. “It will serve as a strong incentive for the continued development of the crypto-sphere in Ukraine.”

This is key in Eastern Europe, where crypto adoption is high. Yet, crypto is not always regulated, or even legal.

Chainalysis noted high levels of corruption and asset seizure in Ukraine, as well as a decline in trust in banks, in its report. Citizens used cryptocurrency to protect their assets last year, sending $8.2 billion in cryptocurrency. Regulated exchanges and crypto businesses could push that figure higher.

If you enjoyed this article you might also like:El Salvador Adopts Bitcoin: A Big Mistake Or A Genius Move?