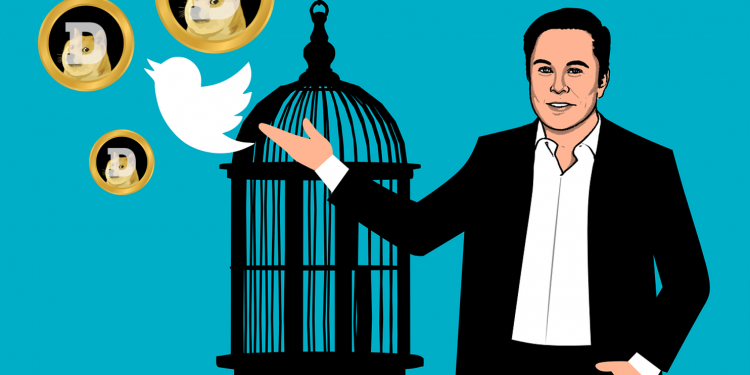 by Jay Speakman
in Business
Reading Time: 3 mins read
0
Share on FacebookShare on TwitterShare on LinkedinShare via WhatsappShare via Email

Twitter’s board of directors has accepted Elon Musk’s $44 billion bid to buy the social media company, only days after rejecting the billionaire’s previous bid.

Twitter stockholders will receive $54.20 per share under the terms of the agreement. According to a Twitter press release, this is 38% higher than the closing price on April 1, the day before Musk announced his 9 percent stake in the company.

Twitter’s stock price began the day at $50.65 and rose to $52.01 in intraday trading. Dogecoin, another Musk favorite, was also up on the news. Musk has previously said he’d like to add Dogecoin payments to Twitter.

Musk, the CEO of Tesla and SpaceX, was set to join the Twitter board as the microblogging platform’s largest individual shareholder, but later backed out, revealing his desire to buy Twitter outright and take it private.

Musk announced his plans in an April 13 filing with the Securities and Exchange Commission, stating that he had invested in the company to explain free speech before determining that “the company will neither thrive nor serve this societal imperative in its current form.”

The mercurial world’s richest man stated the following day in a TED interview that while he wants the company to go private, he wants its code to be open source and hosted on GitHub. (Twitter is already working on bluesky, a “open and decentralized standard for social media.”)

He also stated that he intends to implement an “edit” button for tweets as well as crack down on crypto scams and spambots. Musk, a Dogecoin enthusiast, has also proposed accepting DOGE as payment for Twitter’s premium subscription service.

The board, however, rejected the plan, invoking a “poison pill” to prevent him from purchasing more than 15% of the company. In response, Musk filed a new SEC filing, offering to buy stock directly from shareholders for $54.20 per share.

According to audio a call obtained by CNN, during an all-hands meeting with CEO Parag Agrawal and Board Chair Bret Taylor on Monday afternoon, Twitter employees raised concerns about everything from what the deal would mean for their compensation to whether former US President Donald Trump would be allowed back on the platform.

Faced with Musk’s determination, the board caved, with board chairman Bret Taylor describing it as “the best path forward for Twitter’s stockholders.”

“Free speech is the bedrock of a functioning democracy, and Twitter is the digital town square where critical issues affecting humanity’s future are debated,” Musk said in a press release today, adding, “Twitter has tremendous potential—I look forward to working with the company and the community of users to unlock it.”

The Twitter takeover represents a period of uncertainty for the social media giant with mixed emotions among users, investors and employees. One thing is certain, technology is the great disruptor and perhaps no one exemplifies disruption more than Musk. It will be interesting to see what Twitter will become in the era of blockchain and on the cusp of the metaverse.