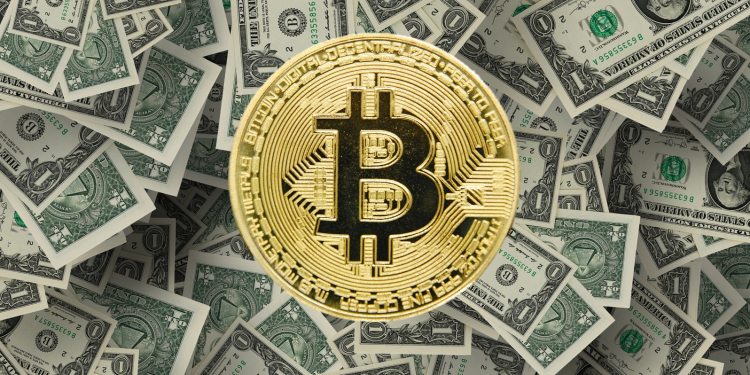 Dorsey, a big supporter of Bitcoin, is also co-founder and CEO of financial services company Block, formerly known as Square Inc. The tech billionaire’s interaction with a Grammy Award-winning rapper and about crypto usurping the dollar prompted many reactions on Twitter.

Jack Dorsey, a former CEO of micro-blogging platform Twitter, has said he believes Bitcoin will replace Bitcoin someday. Dorsey was replying to a tweet by award-winning rapper and songwriter Cardi B, who had asked whether there was a chance BTC could replace the U.S. dollar. Dorsey replied:

Dubbed digital gold, crypto enthusiasts have touted Bitcoin as a replacement for gold for a long time. This leading cryptocurrency hit that all-time-high price of over $68,000 in November before it slid back to around $50,000. Dorsey recently stepped down as Twitter CEO and hinted then he wanted to focus heavily on cryptocurrencies.

Earlier this month, Dorsey changed Square Inc.’s name to Block — possibly in reference to the blockchain ecosystem, the underlying technology for cryptocurrencies. In a press release, the company said that the change referred to “Building blocks, neighborhood blocks, and their local businesses, communities coming together at block parties full of music, a blockchain, a section of code, and obstacles to overcome.” Dorsey stated:

“We built the Square brand for our Seller business, which is where it belongs […] Block is a new name, but our purpose of economic empowerment remains the same. No matter how we grow or change, we will continue to build tools to help increase access to the economy.”

Dorsey hinted recently that Block would build a Bitcoin mining system based on custom silicon and open source for individuals and businesses. He said this would add to Square Inc.’s existing Bitcoin-focused projects, including a company to build an open developer platform and a hardware wallet for the cryptocurrency. He explained in a tweet:

“If we do this, we’d follow our hardware wallet model: build in the open in collaboration with the community.”

Dorsey is a renowned Bitcoin investor whose love for cryptocurrency dates back to 2017, when he started advocating Bitcoin as the king coin. When the crypto market crashed in 2018, Dorsey was unfazed, calling Bitcoin the future world currency, despite the digital currency being at its lowest point in several years. In March 2019, Dorsey had said that he spends several thousand dollars each week to buy Bitcoin.

The 3 Best VPNs for Cryptocurrency Trading