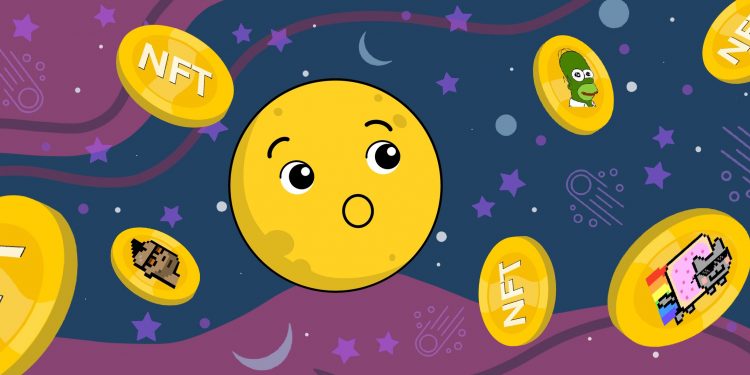 by Vincent Munene
in NFTs
Reading Time: 5 mins read
0
Share on FacebookShare on TwitterShare on LinkedinShare via WhatsappShare via Email

Layer 2 blockchains are trending, and by extension, so are L2 NFTs. Optimism, Arbitrum, ZKSynk, and the other layer-2s have taken up the stage, and indeed Twitter by storm. Rumors of numerous airdrops from these Ethereum scaling solutions have got the entire crypto-space high on ‘Hopium’ of free money.

However, behind the scenes, two fairly less understood Ethereum ecosystems are building on Layer-2s. They are Metaverse and NFT ecosystems. This article looks into which L2 blockchains are currently the best for NFT minting development.

The Race for Layer-2 Dominance

Ethereum developers have all turned their faces toward the Layer-2 scaling solution. The mainnet itself is headed towards Proof-of-Stake and ultimately, sharding. Sharding will split the Ethereum blockchain horizontally into new chains called “shards”, reducing the load and hence the network congestions. By extension, transaction speeds will increase and fees might reduce. This has pretty much been set in stone and everyone is just waiting for the pre-set time to launch it.
In the meantime, developers have invaded the L2 movement. According to DeFi Llama, some of the top layer-2 solutions. NFT artists have not been left behind and many currently opt to use other chains over Ethereum due to the high fees.

According to Defi Llama, Arbitrum is the reigning king of the L2 space in terms of Total Value Locked (TVL). Arbitrum commands 55.88% of the L2 market share. Its closely followed by DyDx and then Optimism.

Although DyDx is not a blockchain, it is powered by StarkNet, a Layer-2 solution using the power of ZK Rollups.

Apart from sorting through layer blockchain built with NFT minting in mind, we used two more criteria when we were adding to this list:

Additionally, we also considered the total value locked in each blockchain.

Arbitrum is a layer-2 [tokenless] blockchain that currently has over $2 billion in total value locked (TVL). This chain is universal, meaning that it is open to any type of blockchain project building on it – this includes NFTs and Metaverses. The chain is built using Optimistic roll-up technology, which allows it to run separately from the Ethereum layer-1 (mainnet) network.
Treasure is currently the most popular NFT trading platform on Arbitrum. However, it was originally existing on the Ethereum mainnet. However, the platform migrated to Ethereum. Treasure’s native token is MAGIC. According to Treasure, Arbitrum has significantly lower fees and wider adoption. According to data from Nansen, NFT-related transactions on Arbitrum One have increased overall, despite the recent crash due to TreasureDAO’s hack. There has also been a 205% increase in new Arbitrum NFT visitors since September 2021.
Examples of NFTs projects on Arbitrum include Farmland, Nyan Cats, Diamond Pepes, City Clash, and others

Optimism is another popular layer two [tokenless] blockchain that has been gaining popularity lately. Additionally, It is a universal blockchain, like Arbitrum. However, even though Arbitrum’s TVL is more than double that of Optimism, there are more NFT projects on Optimism in comparison to any other layer-2. Optimism uses Optimistic rollup technology. According to Cointelegraph, Optimism saved its users over $1 billion in fees. Optimism is perhaps one of the top layer-2 platforms with the most NFT projects. Some of them include Quixotic, OptiPunks, Circular Art, OptiMarket, and Optimistic Apes, among many others.

Currently, with a 1.08% market share in the L2 ecosystem, zkSync has seen a rapid rise through the ranks. It is now closing in on the top five layer-2 chains. This chain is one of the cheapest in terms of transaction fees, going as low as $0.12 for swaps. In comparison, on mainnet Ethereum, a simple swap costs $4.34 at the moment, and that’s cheap in comparison to what’s usually ‘normal’. The Punks have officially arrived on ZKSync with a new project called ZkPunks. They comprise 10,000 NFTs much like CryptoPunks on mainnet Ethereum. In comparison, it cost 2000x less gas to mint zkPunks on zkSync than it did to mint CryptoPunks on Ethereum mainnet.

You can find more information about zkPunks on their Twitter.

There are many other layer-2 blockchains that are not in this article. However, the ones mentioned here have the most volume and total value locked (TVL). The larger the TVL the more secure and legitimate the chain. There are other chains cheaper than these three, however, in terms of TVL, popularity, and partnerships, these three top the list. Furthermore, all the above protocols have no native tokens, which means that using them gives you a chance of becoming eligible for one if they do launch in the future.

If you enjoyed this article, you might also like: 7 Biggest DeFi Protocols to Use on Optimism L2 Blockchain in 2022

How Web3 Could Revolutionize the Film Industry

With the rise of blockchain gaming and the popularity of non-fungible tokens (NFTs), the play-to-earn movement is gaining more and...

Soulbound NFTs: The Next Stage in the Evolution of Non-Fungible Tokens

The current bear market seems to be almost coming to an end. This means it's time to start exploring the...