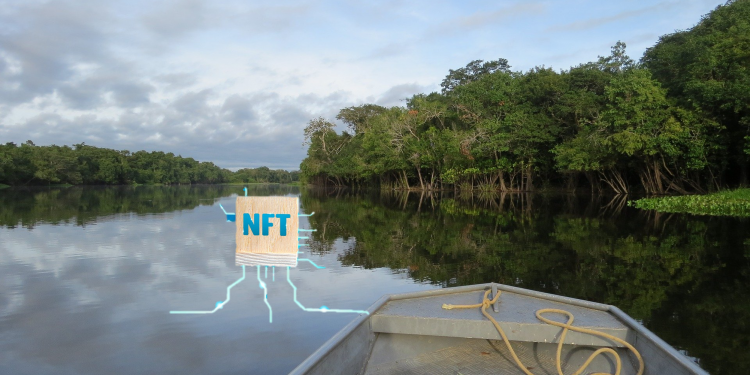 The organizers will use proceeds from the NFT called “The Ultimate Green NFT” to fund an initiative, “To Be Named Atlantic Rainforest.” The initiative will focus on planting, growing, and maintaining native species in the Atlantic Forest Region in northeastern Brazil. The companies behind the initiative include Aerial and music producer Oneof.

A 30-year license for the carbon credits

According to the press release, those who purchase the NFTs will be allocated a plot of land that will be named after them. The NFT holders will be granted a 30-year license for the carbon credits.

Brazil is home to the world’s largest rainforest and is often referred to as “the lungs of the planet.” The evergreen landscape plays a critical role in the fight against climate change and the control of greenhouse emissions. Real Nifty CEO Shi Wen said:

“The Amazon forest is a major player in determining global climate. It pulls the most important greenhouse gas from the air and puts it in storage. It transpires water, creating clouds that carry moisture around the world […]. This collaboration allows the cryptocurrency technology to not only offset but reverse its harm to the environment so that the net impact is positive for everyone.”

You can purchase your TBNAR Rainforest NFT here on OpenSea.

A positive role in environmental conservation

With cryptocurrency prices surging, NFTs are the new kid on the “blockchain block” are receiving institutional recognition and becoming famous. What started out with popular NFT games like “Axie Infinity” has now become more versatile. The value of NFT coins is going up as celebrities and institutions are scrambling to get a share of the Ethereum-based tokens.

Non-fungible tokens are digital collectibles that are availed at a high cost. As their popularity grows, it’s good to see the conversation now, including environmental conservation.

The process of adding new blocks to a decentralized blockchain consumes significant amounts of power. This is because the proof-of-work Minting) the process requires extensive computer hardware. The Ultimate Green NFT will see cryptocurrency technology play a positive role in environmental conservation.

Break Up The Doge: NFT Will Be Broken Into Billions Of Pieces