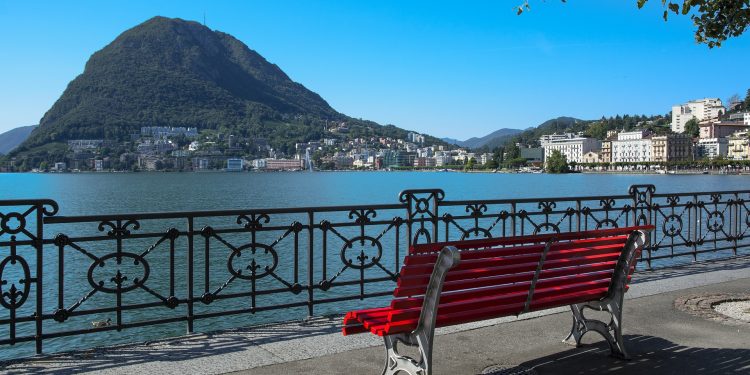 by Tom Nyarunda
in Switzerland
Reading Time: 3 mins read
0
Share on FacebookShare on TwitterShare on LinkedinShare via WhatsappShare via Email

The 62,000 residents of the Swiss city Lugano will soon be able to pay taxes, parking tickets, tuition fees, and other goods and services using cryptocurrencies. Crypto users and fans now hope for wider cryptocurrency adoption.

Switzerland’s southern city of Lugano’s aim to become Europe’s Bitcoin capital has moved closer to becoming a reality after an announcement for local businesses to accept some cryptocurrencies as “de facto” legal tender as part of a partnership with Tether Operations Limited. The city has formed a partnership with the issuer of Stablecoin Tether to make Bitcoin, Tether, and the Lugano’s own LVGA points token as “de facto” legal tender in the city. The municipality said in a press release:

“The memorandum of understanding signed between Lugano and Tether will encourage the adoption of blockchain technology a local level and will allow the citizenry to pay taxes and fees for all services in Bitcoin, Tether or Stablecoin based on the Swiss franc […] together, the two partners will work for achieving the shared goal of increasing the city’s blockchain capabilities and promoting Lugano as a new hub for the adoption of the blockchain at a European level.”

To promote the adoption of Bitcoin, Tether (USDT), and the LVGA token

Tether’s Chief Technical Officer Paolo Ardoino made the revelation when he spoke at the city’s Plan B event. He said the firm had created a 3 million Swiss-franc fund in partnership with Lugano officials to promote the adoption of Bitcoin, Tether (USDT), and the LVGA token for shops and businesses across the country’s Southern Metropolis. According to Ardoino, the project aims to attract talent from the crypto space to Lugano so the city can become a leading blockchain hub in Europe. Ardoino stated:

“We want to show that these tools, these instruments, these currencies that were created can actually be put to work in a [locally-controlled] vibrant environment like the city of Lugano.”

Ardoino further revealed that in addition to allowing Lugano residents to pay their taxes using crypto, the project would extend payments to parking tickets, public services, and tuition fees for students. More than 200 shops and businesses in the area are also expected to accept crypto payments for goods and services.

The partnership aims to demonstrate the real-world utility of blockchain within the local community. As per the plan, once the city’s residents use the named digital assets as a legal tender, the funds will be converted into local fiat through a third-party intermediary. Nonetheless, the Swiss Franc will remain the only legal tender in the city. The plan differs slightly from El Salvador, where Bitcoin is the second official currency in September 2021.

Also announced at the “Plan B” event were plans for the Bitcoin World Forum to be held in Lugano on Oct. 26-28. Switzerland’s ninth-largest city with a population of just over 62,000, Lugano is in the Italian-speaking southern part of the country.

Customers of the FINMA-licensed SEBA bank will soon offer support for centralized borrowing and lending services to enable investors to...