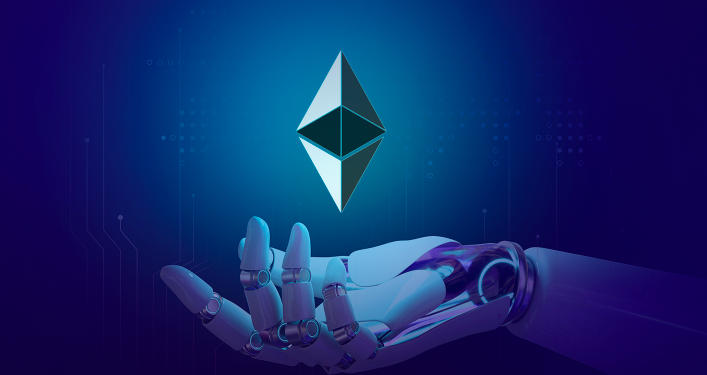 As Ethereum nears its "merge" to proof of stake, developers have launched the first shadow fork on the mainnet. Image: Cryptonary

The Ethereum Merge: A Quick Guide

The “Merge” is intended to transition the Ethereum blockchain from the current proof-of-work (PoW) consensus mechanism to a proof-of-stake (PoS) model that is faster, more secure, and less energy intensive. Migrating the world’s second-largest blockchain from one system to another is an extremely complex undertaking involving multiple steps. Here is all you need to know about the Ethereum Merge.

Ethereum, the most popular altcoin and second-largest cryptocurrency by volume, is planning a major software update that could affect crypto investments.

After years as a smart contract leader, Ethereum is transitioning to a less energy-intensive technology. Many have heard of the planned updates as Ethereum 2.0 or Eth2, but the Ethereum foundation now calls it Ethereum Merge, and some experts say there is upside for Ethereum investors.

Ethereum’s price has generally hovered around $3,000 following its all-time high of $4,800 in 2021, but the update could affect Ethereum and other altcoins. Let’s look at what investors should know.

Update: Ethereum’s price has fallen below $2,000

The first phase of the Ethereum merge, called the London Hard Fork, was rolled out on August 5, 2021. This update reduced Ethereum’s block rewards from three ETH to two ETH.

The second phase, which is planned for mid-2022, and known as “The Merge” will see Ethereum moving from a proof-of-work algorithm to a proof-of-stake algorithm.

What does the Merge mean for Ethereum investors?

The decrease in Ethereum’s block rewards could have a positive effect on Ethereum’s price. “The decrease should contract rather than expand,” according to one research analyst at Galaxy Digital—a positive for those who see value both stored on-chain as well off under its roofless tent known as ‘ storage’.

Ethereum isn’t the only coin that will be affected by the hard fork. Other altcoins that use Ethereum’s technology, such as Binance Coin (BNB), could also see a price increase.

What’s behind the Merge?

The purpose of the merge is to make Ethereum more energy efficient and reduce its carbon footprint. Ethereum uses a lot of energy because it runs on a proof-of-work algorithm.

This means that miners are rewarded for verifying transactions on the Ethereum network. As Ethereum grows, so does the amount of energy needed to run it.

The Ethereum Foundation is hoping that the move to a proof-of-stake algorithm will make Ethereum more energy efficient. Under this system, Ethereum users will be able to “stake” their ETH tokens in order to earn rewards.

This could have a positive effect on Ethereum’s price in the long run. If Ethereum becomes more energy efficient, it will be able to scale and grow more easily. This could lead to increased demand for ETH, which would drive up its price.

Of course, there are risks involved with any software update. There’s always the possibility that something could go wrong during the process. And if Ethereum moves to a proof-of-stake algorithm, there’s a risk that Ethereum’s price could drop if users don’t want to stake their ETH tokens.

Overall, the Ethereum merge is a positive development for the Ethereum network. It will make Ethereum more energy efficient and reduce its carbon footprint. And it could have a positive effect on Ethereum’s price in the long run.

However, there are risks involved, so it’s important to monitor the situation and keep up with the latest Ethereum news.

To recap, the Ethereum merger will be a big change for the world’s second largest cryptocurrency. It will create an entirely new consensus mechanism based on staking and validators instead of miners, and this could make a big difference in everything from fees to security, to an increase in demand and thus, price.

What do you think about Ethereum’s upcoming merge? Let us know in the comments below.