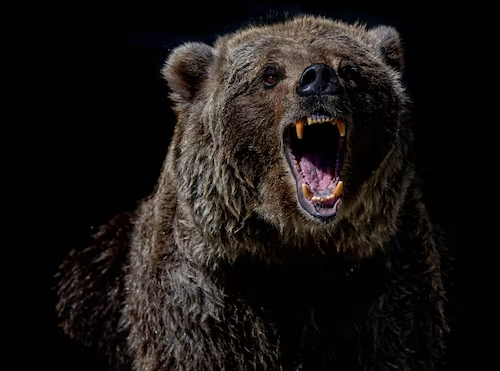 The 7 Best Bear Market Altcoins To Invest In Now

by Jay Speakman
in Investing
Reading Time: 10 mins read
0
Share on FacebookShare on TwitterShare on LinkedinShare via WhatsappShare via Email

We can finally see that the bear market is coming to an end, and hopefully, the light we see at the end of the tunnel is not that of an oncoming train. Now that altcoins are finally starting to pick up steam, it’s the perfect time to go on a quest for the ones that could be good bear market investments.But it’s not going to be simple. With crypto, it never is. Yet, hope springs eternal here at Blockzeit so we decided to profile 7 crypto projects to consider investing in as 2022 winds down.

Since the beginning of the year, the blockchain industry has been growing quickly in new areas. Some of these areas are DeFi, the Metaverse, and NFT marketplaces.

This means, as always, research is key to finding winning projects.

Even though Ethereum, Filecoin, XRP, and Shiba Inu are still strong altcoins, there are now a few more on the list that have the potential to see strong gains in the coming months.

This article will look at the best altcoins to buy in a bear market.

The 7 best cryptocurrencies to invest in now

Creating a flexible crypto portfolio with different types of coins like meme coins, DeFi, Metaverse, etc. is one of the safest ways to set yourself up for bigger gains.

We looked at the features, tokenomics, underlying technology, daily trade volumes, and teams behind hundreds of different currencies.

It not only has the biggest platform for smart contracts in the crypto world, but it is also where some of the most important Metaverse, DeFi, and Web3 projects are built.

Because of this, ETH coins have some of the most advanced uses, which is a direct cause of its mind-boggling 1.5 million percent price growth in November 2021.

Even though the network has had some problems in the past year because of high gas fees and too many transactions, no other cryptocurrency comes close to the size of its smart chain platform.

Even though this won’t stop many future off-chain and on-chain projects from being built on the ETH network, the problems are already being fixed by the network’s founder, Vitalik Buterin.

Specifically, he is building an Ethereum 2.0 network that will make the whole thing work better and limit the amount of Ethereum that can be made (even despite the huge demand).

When you add this to the fact that the market is getting better, you get one of the best altcoins to buy in 2022.

The updated Ethereum 2.0 network is also seen as a serious threat to some of the market’s faster and more advanced networks. After all, it wouldn’t be the first time that ETH was much better than its competitors.

Some crypto experts even think that Ethereum will replace Bitcoin as the most popular cryptocurrency in the world by 2030.

Some people might think this is going too far, but ETH already has a much more developed ecosystem than BTC and has uses that Bitcoin just can’t match.

After all, this return on investment is what put it in the top 20 cryptos by market cap, which is not an easy thing to do again.

Shiba Inu is no longer a typical meme coin, though.

Here are some more details about what will change with these two things:

There is even a legit staking program for LEASH and BONE tokens that lets coin owners earn extra rewards and a passive income.

Shiba Swap is another feature. It is a decentralized exchange and an artist incubator where developers and digital artists can promote their projects.

Even though SHIB is still a long way from its ATH for 2021, there is a big chance that it will beat that number and set new highs in 2022.

The PoH (proof-of-history) consensus system is another thing that sets SOL apart from other projects.

Also, the bear market didn’t have much of an effect on how the Solana network grew. The network was impacted by some very public outages, however.

Once the market starts to recover, it’s very likely that Solana will pass its historic all-time high and reach new heights, making it one of the best altcoins to buy in the current 2022 bear market.

When Ripple came out in 2012, many crypto experts and analysts thought that it was the biggest threat to Bitcoin on the market.

This may turn out to be true.

Ripple got the attention of financial institutions all over the world quickly because it could replace SWIFT and change the way cross-border payments work.

But after that, things began to go wrong.

Still, many professional traders think that Ripple’s future is bright and that the price of each XRP token will go up by at least 500% by the end of 2023.

The Sandbox is one of the most interesting Metaverse altcoins, and players can use it to explore the Sandbox ecosystem and interact with each other.

According to their website Filecoin is a network designed to store humanity’s most important information. Put another way if you could invest in the next Google at a rock bottom price you’d consider it, right?. That’s why Filecoin makes our list.

Since so many businesses are now run online, it’s not too surprising that storage space is now seen as a critical component of corporate efficiency, growth and profitability.

This kind of idea can be very profitable, especially if Web 3.0 technology starts to rely more on blockchain networks. This could make Filecoin the main cloud storage platform.

Filecoin should be on any trader’s list of the best altcoins to buy because the need for storage space is likely to keep going up over the next few years.

Due to its large market cap, Binance Coin has been at the top of the cryptocurrency industry for years.

Even though this altcoin’s value has been flat for the past few months due to the development of the Binance Smart Chain, many investors still think it is one of the top altcoins to invest in for a bear market.

We included cryptos that incorporate different kinds of technologies, from DeFi and Metaverse to P2E crypto projects. However, even though these best bear market altcoins may have a significant run towards the end of 2022, you shouldn’t overlook the long-range potential of Bitcoin.

As always, don’t forget to do your own research and never invest more than you can afford to lose. Let us know about your favorite bear market altcoin in the comments below!