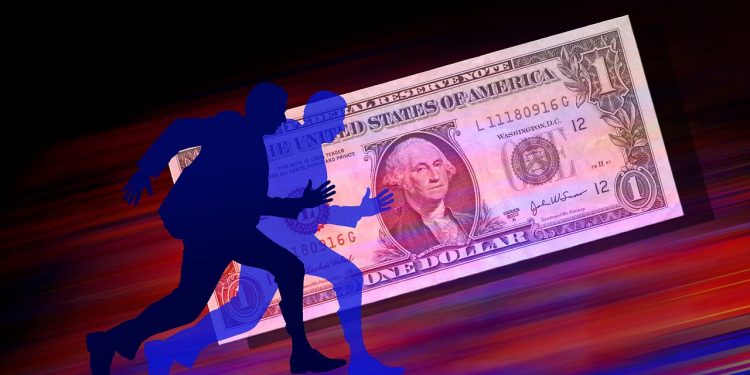 Investors in Panic Mode as TerraUSD Token Sinks Below $1

by Nate Kevin
in Markets
Reading Time: 3 mins read
0
Share on FacebookShare on TwitterShare on LinkedinShare via WhatsappShare via Email

TerraUSD, or UST, took a nosedive this week, slipping below $0.23 on early Wednesday. While it took a rebound to trade at $0.45 shortly after, that didn’t perk up investors. So why are investors fleeing the controversial stablecoin, UST?

The UST token fell below 23 cents early Wednesday, going against the intended 1:1 peg with the dollar and whipping out nearly $40 billion in market cap. The organization supporting UST also holds billions of dollars in Bitcoin, which traders fear it might sell to prop up UST. Other holders think a significant portion of this Bitcoin is already sold.

The controversial stablecoin failed remarkably at the one thing it was intended to do – maintaining a 1:1 peg with the dollar. This has sent shockwaves in the crypto market, freaking out Bitcoin investors in particular.

While investors maintain a sharp eye on UST, crypto pundits and skeptics are thumping their chests, seemingly enjoying every bit of this unexpected decline.

The latter seems trivial, as skeptics typically think the crypto world is no more than an industry packed with Ponzi schemes and high-octane drama. However, UST has proven unstable, despite an elaborate set of measures to maintain its value and true essence.

Is the Terra System falling apart?

Notably, UST operates uniquely compared to other popular stablecoins, and it’s termed an “algorithmic stablecoin.” Its token is not backed by assets like treasuries, short-term commercial debt, or fiat dollars in reserve.

Instead, it’s backed by a complex set of code together with another token called LUNA. As it turns out, the Terra protocol allows for units of both tokens to be eliminated and created accordingly to adjust the supply.

When the price of UST dips below the dollar, it can be exchanged for LUNA, effectively taking the former out of circulation. Theoretically, this should work such that UST becomes scarce in supply and have a stable price. This didn’t work out in practice.

In theory, UST should have eventually become redeemable for Bitcoin rather than LUNA. Sadly, this hasn’t been the case.

In fact, professional crypto investors are concerned since LFG could dump this Bitcoin in the market at any time.

Experts also argue there’s no guarantee UST will remain stable, as all other stablecoins have previously failed. While they insinuate that UST is only backed by faith in the issuer, Terraform Labs hasn’t given a definitive response to restore calm amid the chaos.

The majority of central banks around the world are considering creating their own Central Bank Digital Currencies (CBDCs). These digital...

German authorities raided and shut the servers of “the world’s largest illegal Darknet marketplace Hydra” and confiscated 543 BTC worth...