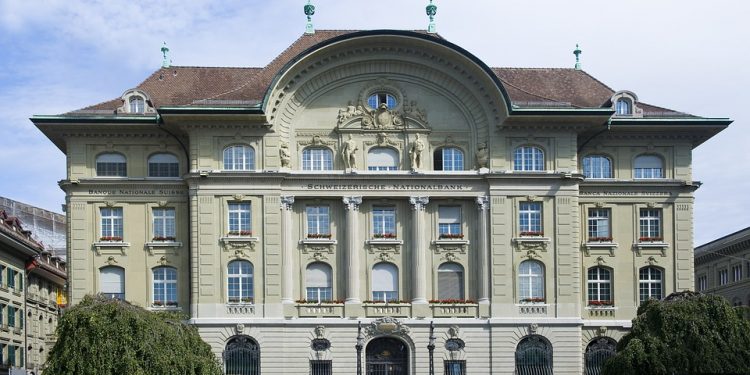 by Tom Nyarunda
in Switzerland
Reading Time: 3 mins read
0
Share on FacebookShare on TwitterShare on LinkedinShare via WhatsappShare via Email

The Swiss National Bank and five other giant banks informed they managed to integrate CBDCs into the banking systems.

How exchanges could integrate CBDC functions

According to the SNB, the existing cryptocurrency platforms were not systemic to support central bank digital currency settlements. Accordingly, the trial run was meant to determine how those exchanges could integrate CBDC functions. Andrea Maechler – Governing Board Member of the Swiss National Bank – stated:

“It allowed the SNB to deepen its understanding of how the safety of central-bank money could be extended to tokenized asset markets.”

Despite having carried out a successful trial run, the team didn’t reveal when the next step of “Project Helvetica would launch.” However, more issues such as cybersecurity and processing large transaction volumes are yet to be addressed.

Preserve the best elements of the current financial system

The trial run revealed that it was possible to instantaneously execute payments, which ranged in size from 100,000 to 5 million Swiss francs ($109,469 to $5.47 million), eliminating counterparty risk. Benoit Coeuré, head of the Bank for International Settlements (BIS) Innovation Hub, which also took part in the experiment, said:

“We have demonstrated that innovation can be harnessed to preserve the best elements of the current financial system, including settlement in central bank money, while also potentially unlocking new benefits.”

Project Helvetia is projected to delve into a future where more financial assets are digitalized, and financial infrastructure runs on blockchain and distributed ledger technology (DLT). Currently, none of the existing DLT-based platforms are systemic yet. They may become so in the future. Moreover, central banks may need to implement monetary policy to tokenized asset markets. Integrating a wholesale central bank digital currency (CBDC) into existing core banking systems is complex and essential for issuance. Under Swiss law, issuing a wholesale CBDC on a distributed ledger technology (DLT) platform operated and owned by a private sector company is feasible. Phase II of Project Helvetia demonstrates that such integration is operationally possible.

Identity is Fundamental , Credit is the Pass

The 62,000 residents of the Swiss city Lugano will soon be able to pay taxes, parking tickets, tuition fees, and...

Customers of the FINMA-licensed SEBA bank will soon offer support for centralized borrowing and lending services to enable investors to...