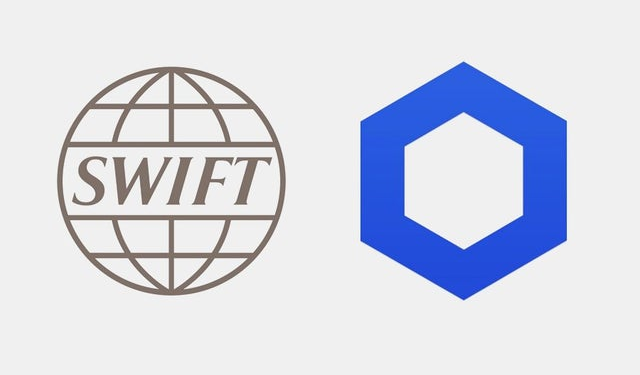 On the recently ended SmartCon hosted by Chainlink, the company announced that SWIFT was integrating Chainlink’s Cross-Chain Interoperability Protocol (CCIP). SWIFT is the largest international payment and settlement system.

What does this mean for Chainlink and Crypto in general?

The SWIFT banking system allows the smooth transfer of payments worldwide by allowing the banks to communicate seamlessly. The system works by giving each member banking institution a unique ID called a BIC number. This code identifies the bank name, country, city, and branch.

The CCIP is an open standard for developers. It helps them build secure cross-chain applications easily and smoothly. With CCIP, users can send messages, transfer tokens, and carry out several actions across different networks.

The CCIP can develop smart contracts that work across all private and public blockchains.

SWIFT will use CCIP to bolster communication between member institutions. Furthermore, with CCIP, the SWIFT system will be capable of on-chain token transfers. This will immediately make the SWIFT network interoperable with all blockchain ecosystems.

Chainlink’s founder had this to say:

This statement from Nazarov responds to skepticism other experts in the space expressed on the viability of a cross-chain future. Among others, Vitalik Buterin, Founder of Ethereum, thinks there will be many security concerns in a future where all blockchains are connected.

Currently, the majority of blockchains are partially interoperable. However, this is fast changing with the invention of cross-chain bridges.

“CCIP is focused on making applications made up of multiple contracts on multiple chains, which is pretty logical.”

Citing how other developers of mainstream apps work together using an array of services from multiple clouds, Nazarov said, “developers in crypto should have this same ability with cross-chain applications as well.”

How Does a Hardware Wallet Protect Your Digital Assets? And What Does It Not Protect Against?

The Introduction of Oil Trading with Bitcoin