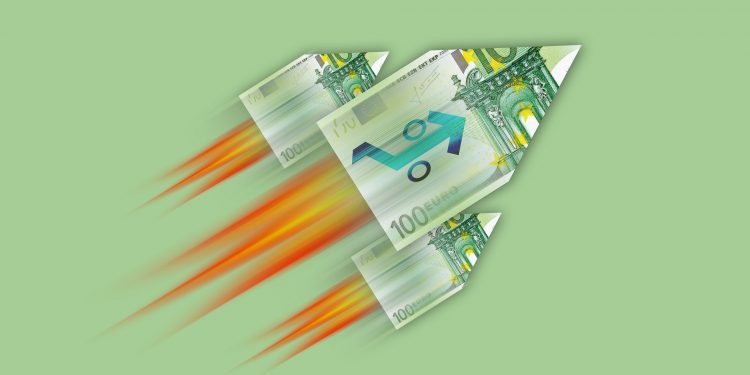 Stocks, Crypto Soar As CPI Report Comes In Below Expectations In November Inflations

by Rickie Sebastian Sanchez
in Markets
Reading Time: 2 mins read
0
Share on FacebookShare on TwitterShare on LinkedinShare via WhatsappShare via Email

Despite the severity of the market decline, several encouraging developments have surfaced. The data boosted the values of stocks and cryptocurrencies on the hope that lesser consumer-price increases could provide the Federal Reserve with greater room to slow down the pace of interest-rate hikes.

The Federal Open Market Committee, or FOMC, which determines the monetary policy of the U.S. central bank, is meeting this week. A conclusion is expected along with new estimates by officials on the trajectory of economic indicators. To stop inflation, the Fed has increased rates at an unprecedented rate. It is expected that the Fed will continue to hike rates, perhaps not as aggressively, in light of recent pronouncements from the Fed and evidence that inflation is receding. Prior rate increases were closer to 0.75%, but the upcoming increase is anticipated to be closer to 0.5%. The November CPI release is the last significant economic data of 2022 and the last key input the FOMC will get before Tuesday’s start of this week’s meeting.

Will Interest Rate peak next year?

Fed Chair Jerome Powell has previously suggested that he and his colleagues expect the interest rate to peak next year, most likely at a higher level than the 4.9% that was previously forecast. According to Deutsche Bank, the rate might reach 5.1% prior to the Fed’s withdrawal from its campaign.

The Summary of Economic Projections, also known popularly as the dot plot, will be the highlight of the Federal Reserve’s December conference. Investors will pay particular attention to these projections for hints about the trajectory of future rate hikes. Investors are concerned that the Fed will demonstrate a more aggressive monetary policy tightening path, signaling that there would be additional rate hikes next year.

“We expect the dot plot to lean hawkish, reinforcing the committee’s view that policy will need to remain restrictive for longer to guide inflation back to target,” the note said.

The two-day session will finish on Wednesday with the release of a statement at 2:00 p.m. ET.

Market Wrap: Bitcoin Price Surges Amid CPI and FOMC News but Can We Trust this Pump?

A Conversation With ChatGPT About The Metaverse

The crypto exchange FTX's sudden collapse sent shockwaves through the crypto industry. Prior to its downfall, FTX was considered one...