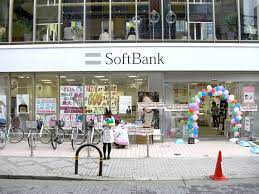 The Japanese conglomerate SoftBank helped to raise $680 million for NFT Soccer Game Sorare. The investment round now places the value of the NFT card-based fantasy soccer game at $4.3 billion. The Paris-based Sorare intends to expand into other sports, including women’s soccer teams, and open an office in the U.S.

The Series B financing was led by Japanese conglomerate SoftBank. It now ranks as Europe’s biggest ever Series B and the second-largest private fundraiser for European blockchain startups. The announcement follows a successful Series A round that raised $50 million last February. The Japanese tech and investment firm SoftBank already has several existing crypto industry investments, primarily through the SBI Holdings financial services division.

Sorare specializes in soccer and features players from over 175 licensed clubs. The leading clubs in the fantasy soccer games include FC Barcelona, Juventus FC, and Paris Saint-Germain FC. There are also players from the United States’ Major League Soccer Players Association, even though their clubs are missing out. Sorare’s head of operations, Thibaut Predhomme, revealed the company would open a U.S. office in the coming months to staff up. He stated:

“It’s really about creating meaningful connections using the cards. The magic happens at the intersection of collectibility and sports […] it’s based on the real-life performance of the players, and through this game, fans can actually connect with the players and what’s happening in real life.”

According to Predhomme, players won’t be betting or paying fees to join the competition. If a player like Cristiano Ronaldo scores a goal in a real-time game, he could also score in the fantasy game, and players will earn points. Players buy cards based on their favorite teams and players, which they pay in the fantasy competitions. Predhomme added:

“At the end of the game week, you win exciting prices like additional NFTs and merchandise.”

Sorare, just like NBA Top Shot by Dapper Labs, is a fantasy game built around NFTs centering on professional athletes. An NFT is more of a deed of ownership for a scarce digital item. The digital items for Sorare are digital trading cards that players can buy or sell; the NFT cards are available in limited quantities. For instance, one such card was sold for $290,000 worth of ETH in March.

The difference between Top Shot and Sorare is that the latter’s game has an ongoing component. Like all other fantasy sports, users can choose a lineup of professional players every weekend to enter leagues with other users. The users earn their points based on the performance of their players in real-world games. Sorare only allows players to create teams with the NFT cards they own and receive rewards in the form of ETH or rare cards.

You can find more information about Sorare here on the company website.